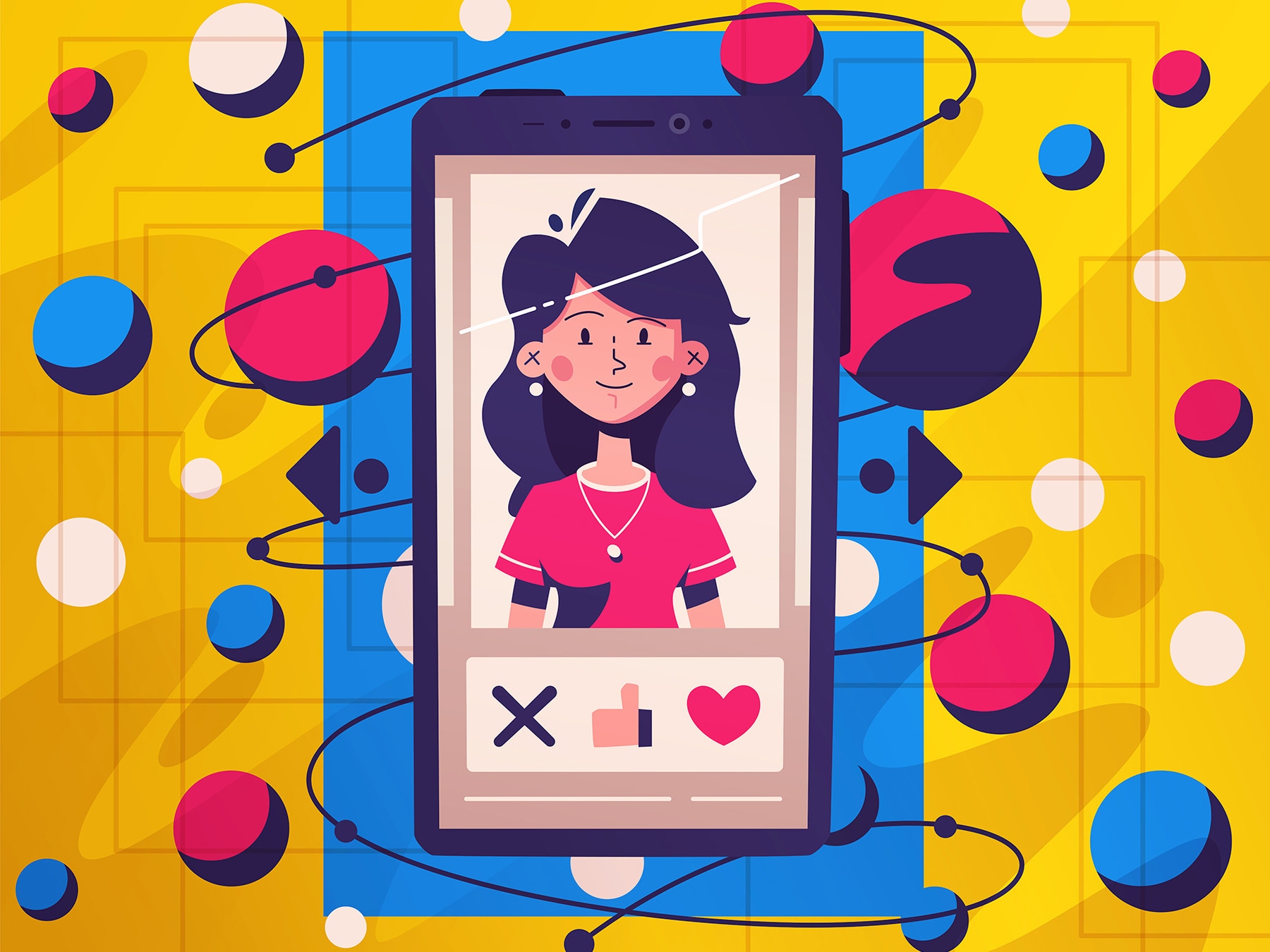 We’re facing something unprecedented. Something we’ve never experienced before. Because of the coronavirus, a crisis of communication and proximity is brewing in the world, as people are afraid to meet IRL. However, while social distancing doesn’t allow people to meet in bars, cafes, or restaurants, love, or the search of love, still find a way through dating apps.
For example, Tinder and Bumble have seen significant spikes in use as the coronavirus has taken hold, and OkCupid reported a 7% increase in new conversations. In moments of sadness and loneliness, such apps can become salvation and give an opportunity to express oneself. To keep their audiences happy, dating apps have promptly introduced novelties like sending audio messages and video calls. Tinder made communication between users from different countries free until April 30.

My friend is going on a 1st date tonight with a girl he’s been talking to on Tinder. They’re going to park next to each other at McDonald’s and talk with the windows cracked while eating their own individual orders of fries. How’s that for romance and longing, JANE AUSTEN?

How about making a new dating app now, when it’s so needed? We’ve already covered in detail how to make an app like Tinder, now let’s look at Tinder’s biggest rival in the US dating app market — Bumble. 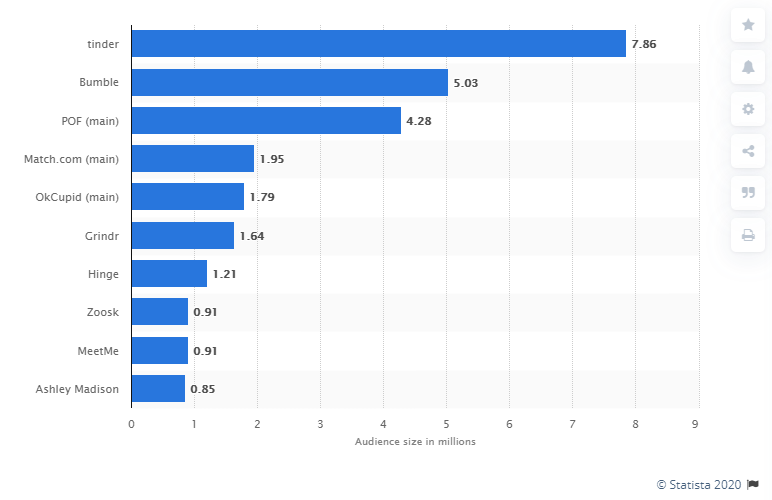 What is Bumble app

Bumble is a free dating app for iOS and Android. It was created by Whitney Wolfe, 25, who previously worked for Tinder. She is considered one of its founders. In 2014 she left the company suing her boss for sexual harassment, ultimately winning the case. Later that year she founded Bumble with an idea to make a “feminist dating app”. Receiving positive reviews and hundreds of thousands of subscribers, Bumble dating application has taken the world of online dating by storm, becoming the fastest-growing dating app in America.
In 2017 Match Group, the company that owns Match, Tinder, Hinge, and Plenty of Fish dating platforms, offered to acquire Bumble for $450 million, but Wolfe has declined.
Bumble app statistics: 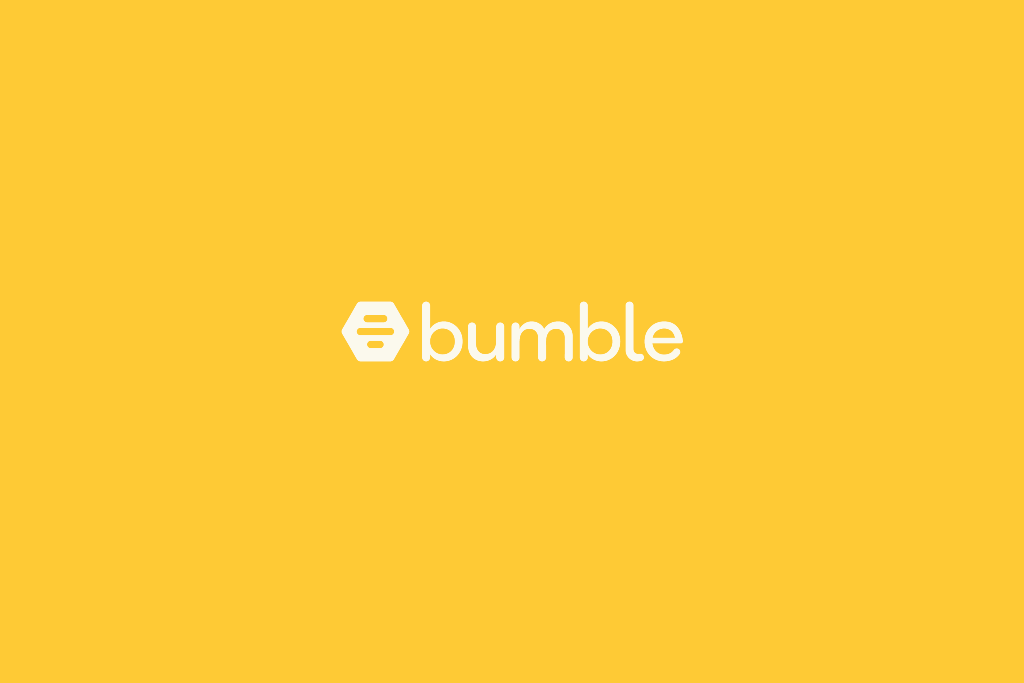 How to use Bumble and What makes it unique

Bumble works very much like Tinder. It’s a location-based dating app with simple swiping logic. When two people like each other’s profiles by swiping right, a “match” is formed and they can now exchange messages.
There is one condition though that fundamentally changes everything. Only women can send messages first. And they have 24 hours to make it, otherwise, a match will disappear from the contact list forever. Men see that a woman has swiped right, but they’re not allowed to reach out first. In case two persons of the same sex have a match, either of them can write first, so Bumble is also successfully used by gay people.
In Wolfe’s opinion, when a woman writes to a man first, there is a greatly reduced likelihood of her receiving unpleasant or indecent unsolicited messages. Bumble claims to fight stereotypical ideas about online dating, setting a high standard for respectful online communication. This is the main reason why women have been flocking to the Bumble app.
Bumble is free to download and use. It also offers an additional subscription to Bumble Boost and a number of services that can be paid using a special currency — BumbleCoins.
Apart from its main distinguishing aspect, Bumble has a few additional highlights that contribute to its success: 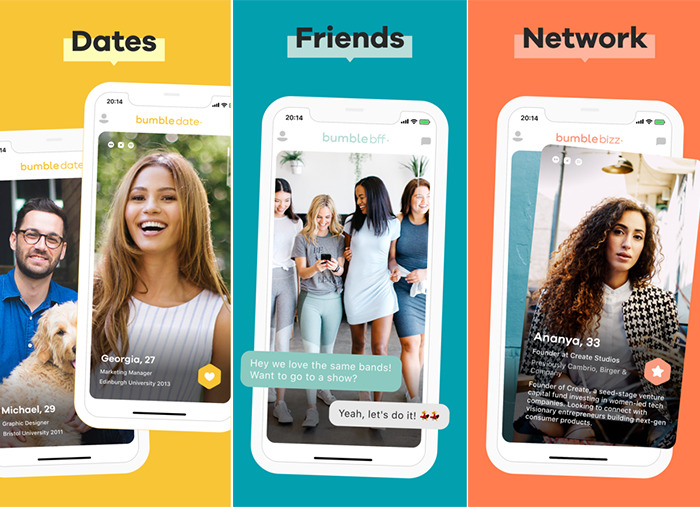 Having surveyed its distinctive characteristics, let’s look at its main features. If you are planning to create a successful dating app like Bumble, you’ll need to implement the following:

The above factors are not the only ones you should pay attention to when creating an application similar to Bumble. No less important is the set of extra functions, like writing and swiping above a certain limit.
Features affect the convenience and reliability of an app, as well as the speed and cost of its development.

The cost of creating a mobile application depends on how many hours it takes to develop it. In addition, the final cost is affected by the team lineup and the costs of maintaining the project after the launch.
For example, if you intend to create an application similar to Bumble, then you’ll need a team that will most likely include:

An hourly rate depends on your team’s location. An in-house studio in the USA may charge you up to $150/hour, whereas a team in South Asia will take about $20/hour. A higher price does not always indicate higher quality. It only indicates that the wages of programmers and designers in different countries are also very different.
Let’s take Eastern European and Russian outsource rates, as a nice combination of price and quality. Taking as an example a Bumble-like app that we’ve already developed, the process will take about 970 hours for a single-platform app.
So the bill looks something like this:

Total cost for a one-platform app: $37K.
Of course, this figure is not precise. The exact cost of a mobile application is calculated according to its functionality. By the way, why not get in touch with our team and get a more accurate figure?

The power of love

According to the Financial Times, 75% of heterosexual couples formed in the US in 2019 met online. A study done by the E-Harmony dating site shows that by 2031 approximately half of all couples in the UK will meet online.
Match Group’s latest annual earnings report shows $2.1 billion in revenue in 2019. And the global dating apps market is expected to surpass $8.4 billion by 2024. So the online dating market is showing no signs of slowing. It’s worth considering, especially today.