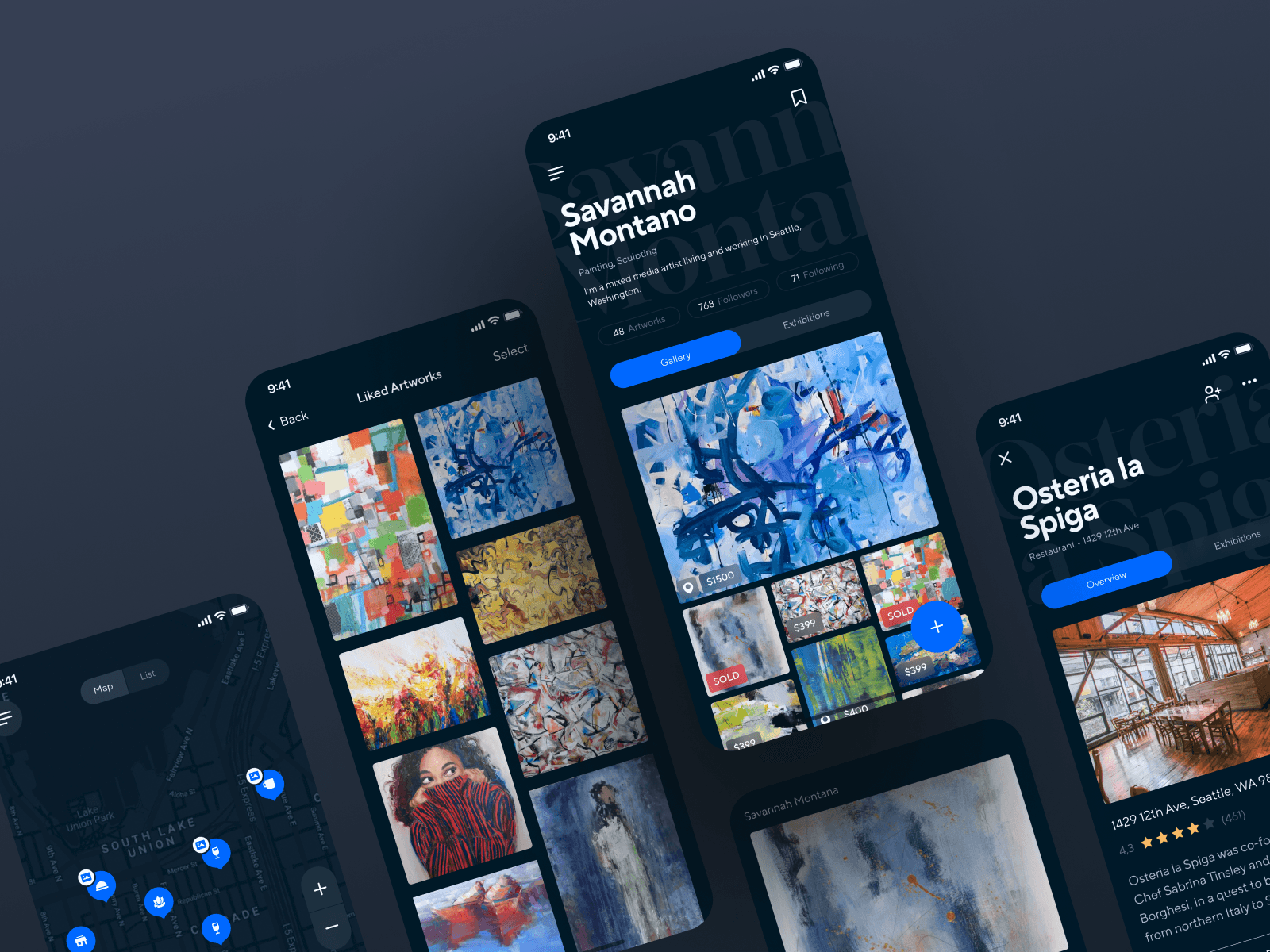 How Much Does It Cost To Design An App?

Mobile is the future. And the present. Any doubts? Remember the last time you left home and forgot your phone? We can’t really and if we would catch ourselves without a phone, we’d be terrified. Not enough?

Such a thing as portable phone power banks making sure your phone never dies is now almost as ubiquitous. Some say this has to do with a narcissistic addiction to social media and staying in tune with all the stuff going on around but does it? Either way, seeing that people nowadays spend considerably more time in mobile apps than using websites, it makes sense for an entrepreneur to invest in an app that would pay off. In other words, to reflect on app design costs.

To help you with that, we have a detailed article on the app development costs breakdown and how we at Shakuro estimate the costs for a future app as professionals in this field. Now let’s turn exclusively to the question of design. How much does it cost to design a mobile app and what makes the price of app design?

Mobile app design cost and why it matters

By September 2021, the number of downloadable applications in the Google Play Store reached almost 2.8 million. 1/4 of those apps users opened only once and then proceeded to delete them. Can we say that the design of the application is an anchor that can “hook” the user? In the first minutes after download, the application keeps the user involved by a pleasant interface and intuitive navigation.

Today mobile apps start your car engine, sync with your watch, provide you with music (like your friends used to before), watch your diet, control your account and manage your expenses, take care of your commuting, and are the extension of your eyes, ears, and hands. It feels like there is an app for everything. Which is great, of course. At the same time, whenever you come up with an app idea, whoops… it’s already been done.

It wasn’t always like this though. No more than ten or fifteen years ago, mobile app development was a Wild West territory with vast expanses of uncharted territories and nobody knew what the heck they were doing back then. Mostly there were apps designed by programmers in a purely functional manner. But that had to change. The market is sensitive to new stuff especially coming from the Silicon Valley oven, coupled with people’s natural desire for beauty and their preference for things that combine attractiveness and functionality over those that can offer only the latter. So aesthetics came into play with designers turning their gaze on mobile application design. Seeing how many apps get deleted after only one use — a massive 25% — it makes sense to do your utmost to play on every possible factor to make people notice and like your app. 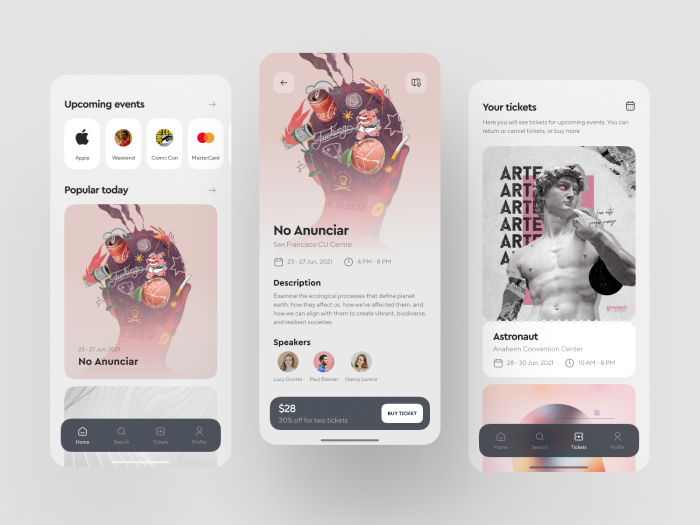 Years into the mobile app design industry, billions of apps and millions of dollars made, what is the true cost to develop an app? How much does app design cost now? Is it as expensive as it used to be just a couple of years ago, or is the competition watering the market and bringing the price down?

What is the app design price composed of?

In one of our previous articles, we wrote about the app-making process in general terms and the idea behind it. But now, let’s see what app design price is composed of.

Our experience in performance reviews allows us to find what’s special about your project, define strengths, and leverage them, not just copy the short-term success of the competition. 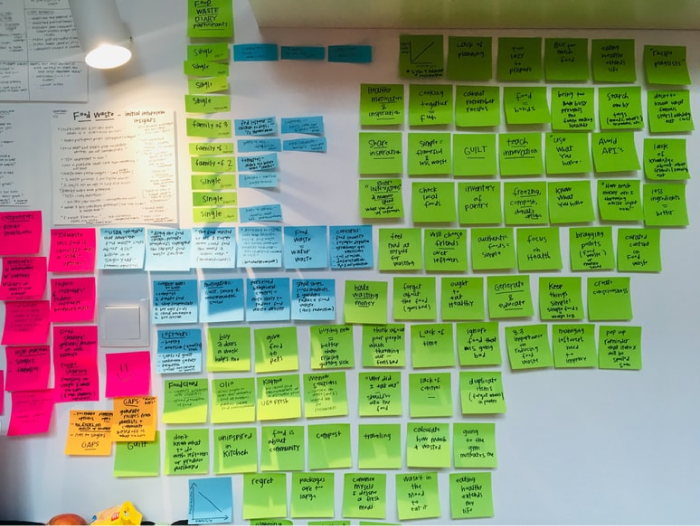 Our UX design is formed through multiple iterations and usability testing repetitions. Creating prototypes is crucial for your app budget, as it’s much easier to implement changes to design within minutes than spend days or weeks debugging the code. Yet, this is not purely a designer’s job. Prototyping involves people from different teams as building user experience requires diversity. 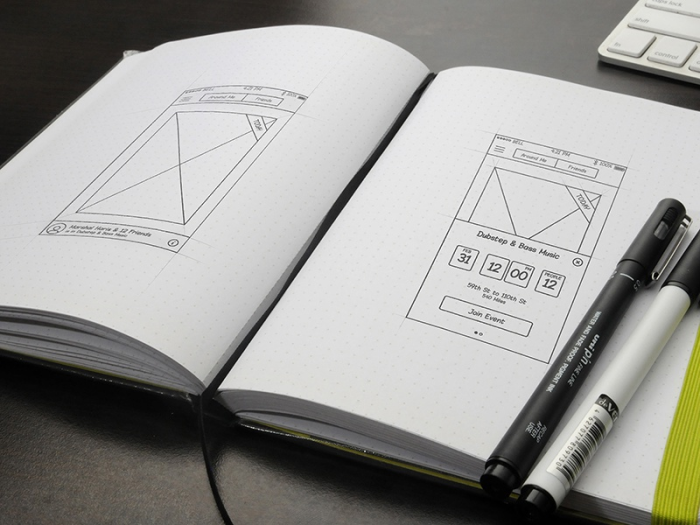 Our app design goes in conjunction with the brand identity or becomes the testing ground for the new approach whenever the company is looking for a change. The overall app design cost is a combined entity of a bunch of small fractions which oftentimes can’t be broken down into atomic parts. The cost of app design includes logo design, as we pursue a consistent and custom feel of the entire project. 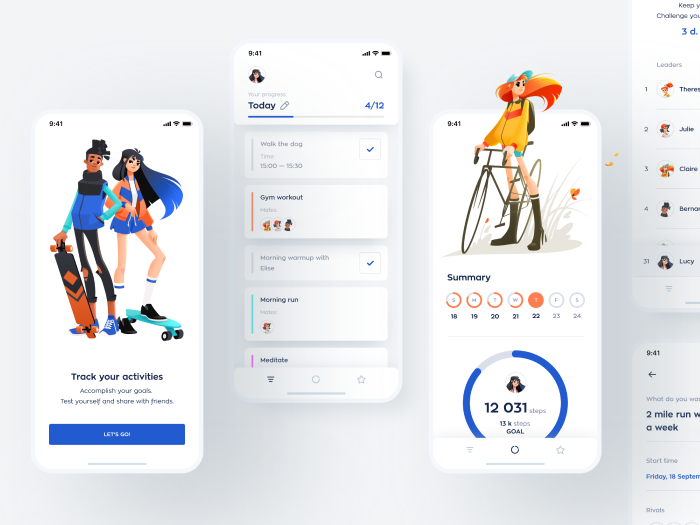 The complexity of an app’s infrastructure affects the design cost in the first place. The more menus, pages, graphics, and architectural patterns – the more expensive the app becomes. However, with the use of UI kits and style consistency, a complex app becomes very cost-efficient.

All these attributes are important in their own way and combined, they contribute to the application’s success and brand credibility. Embed those into your app cost calculations early on and you’ll get a flexible, efficient, and complete application design.

The main idea is not about making your project intentionally cheap or expensive, it’s making it cost-effective. 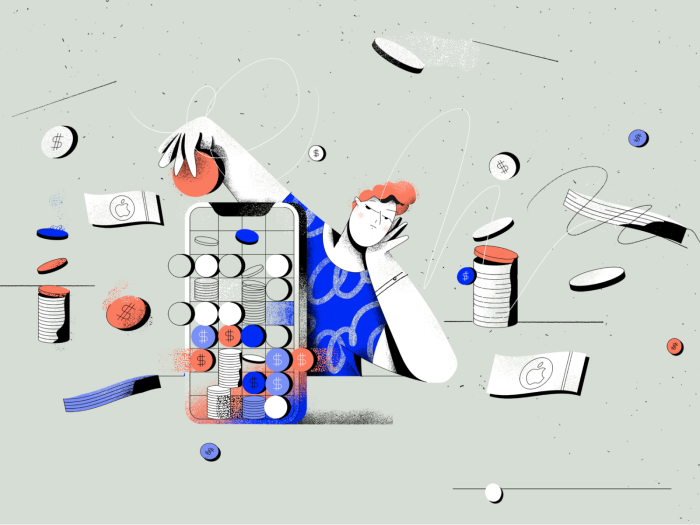 In the early 2000s when the first proprietary applications for rudimentary mobile platforms like Palm OS (now Garnet OS) and RIM Blackberry OS started to appear, the design was a luxurious add-on to the functionality.

Application development was concentrated mainly in the US, so the rates for first app designers were American. That, however, had to change soon.

How much do app designers make?

Today the UI designer hourly rates vary in different parts of the world. And it’s clear that some places provide the cheapest design possible, but that rock bottom of price also means rock bottom in quality. Though starting from certain rates, you can be sure for designs to be of suitable quality. So how much do good app designers make? It depends on the cost of the app design itself. The most important factor is the geographical location of a professional. The lowest hourly rates for outsourced UX designers are about $25/hour and the high-end hourly rates can be as high as $200/hour or more, with Eastern Europe and Russia with an average of about $70/hour.

The complexity of costs is defined by the smallest fractions of design work, like icon design price, buttons style, fonts used, and so on. As for the prestige, design quality, specialists’ notoriety, company favorable reviews, and process refinement, these are the additional app cost boosters. 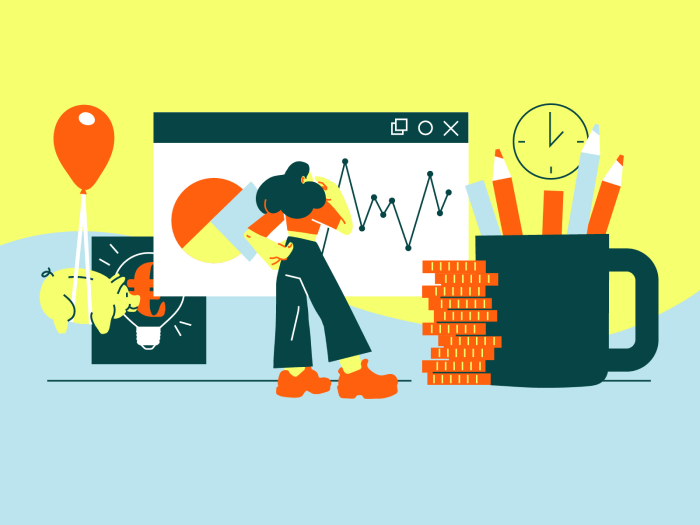 The more companies produce quality design, the higher the level of competition, and thus the prices. A compromise here would be to seek a golden quality-price ratio. That is to say, finding out which Eastern European and Russian companies are on top in their region and see what they are capable of. One of the fair and reputable sources is Clutch.co and they’ve been providing rankings based on customer feedback. In 2021, Shakuro was featured as one of the leading Ruby Developers in the industry according to Clutch and The Manifest, and previously was named among the top 3 web and mobile developers in Russia which makes it one of the best in the region overall. Also, It’s not empty words though, dozens of glowing reviews of Clutch show that for us it’s not about making a list, it’s about how we can be helpful in ensuring that our clients get the best results possible.

How to count your app cost?

To see how much it costs to create an app, let’s start with the app scope. If your application is meant to be faster and more of a snug way to reach your business service, this is a presence app. In terms of design, it has to be appealing and capable of being in habitual use.

If you are dealing with a standalone app that might have the potential to become your main business servicer delivery media, this is a serious investment and it has to be designed responsibly.

And the pinnacle of an app design would be a huge service with multi-threading abilities, big data handling policy, legal set, and viral properties. These are the main aspects affecting the cost of designing an app. 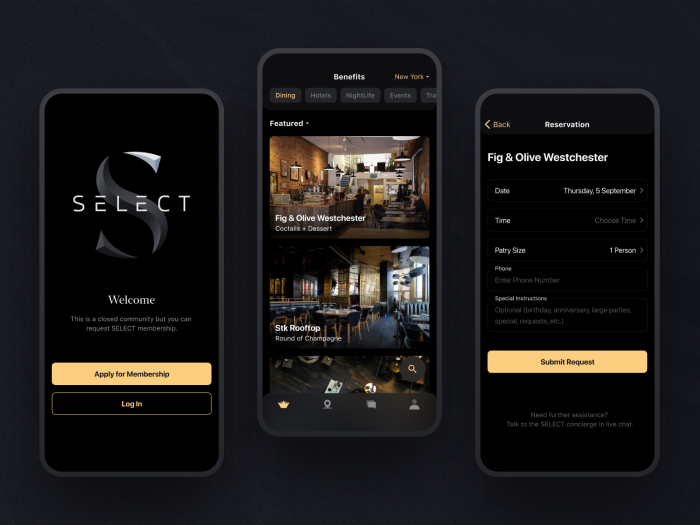 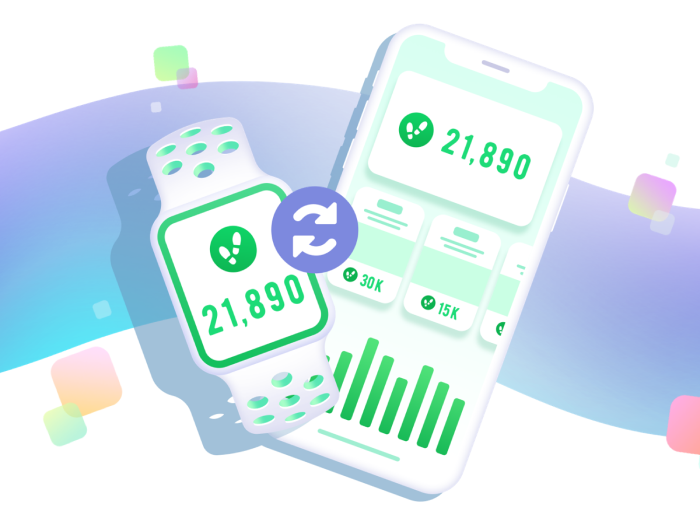 Fit For Bucks app by Shakuro 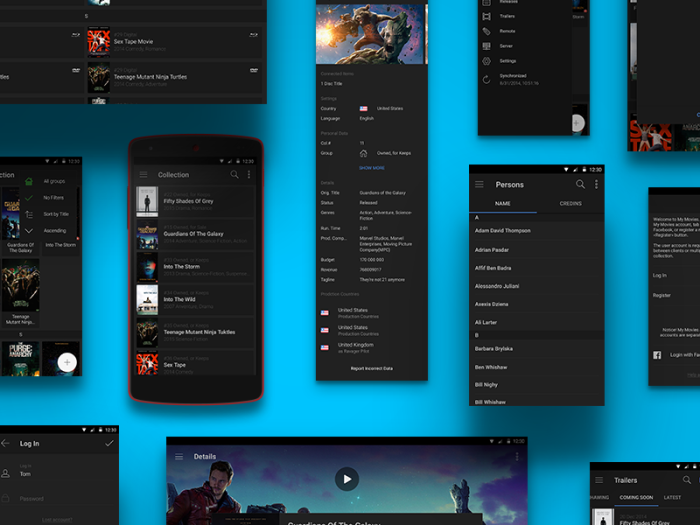 My Movies App by Shakuro

Of course, all the app creation costs are approximate, as there are no two identical projects and with every app being unique and simple or complex in its own way, the app UI design costs may vary as well.

Location still plays the biggest part in the price-building scheme. This is easily available information, so it gives you leverage when distributing the budget. Things get a little more complicated in terms of quality, as the most expensive does not necessarily mean the best. Trust your eyes and your feelings in that. Try out different apps from designers all over the world and you will have your own rankings. Take a look at our designs for mobile apps on the Dribbble page, imagine your product taking similar forms, check the works of other design teams. There are no designs that look like your idea or product? Not sure which way is the best to make it sparkle and promote its functionality? Give us a call and we’ll figure out together how to enhance your business with a beautiful and useful app.

All the above concerns app design, but it can’t be organically separated from development. If you take design seriously, trust in the professionals’ vision, you will take yourself to another level in brand recognition and customer loyalty. Apart from app design costs, it’s essential for every business owner to understand the basics of app development costs in general, so once again, here’s a great article on the subject, give it a shot.

The article was originally published in May 2017 and was updated in December 2021 to make it more relevant and comprehensive.