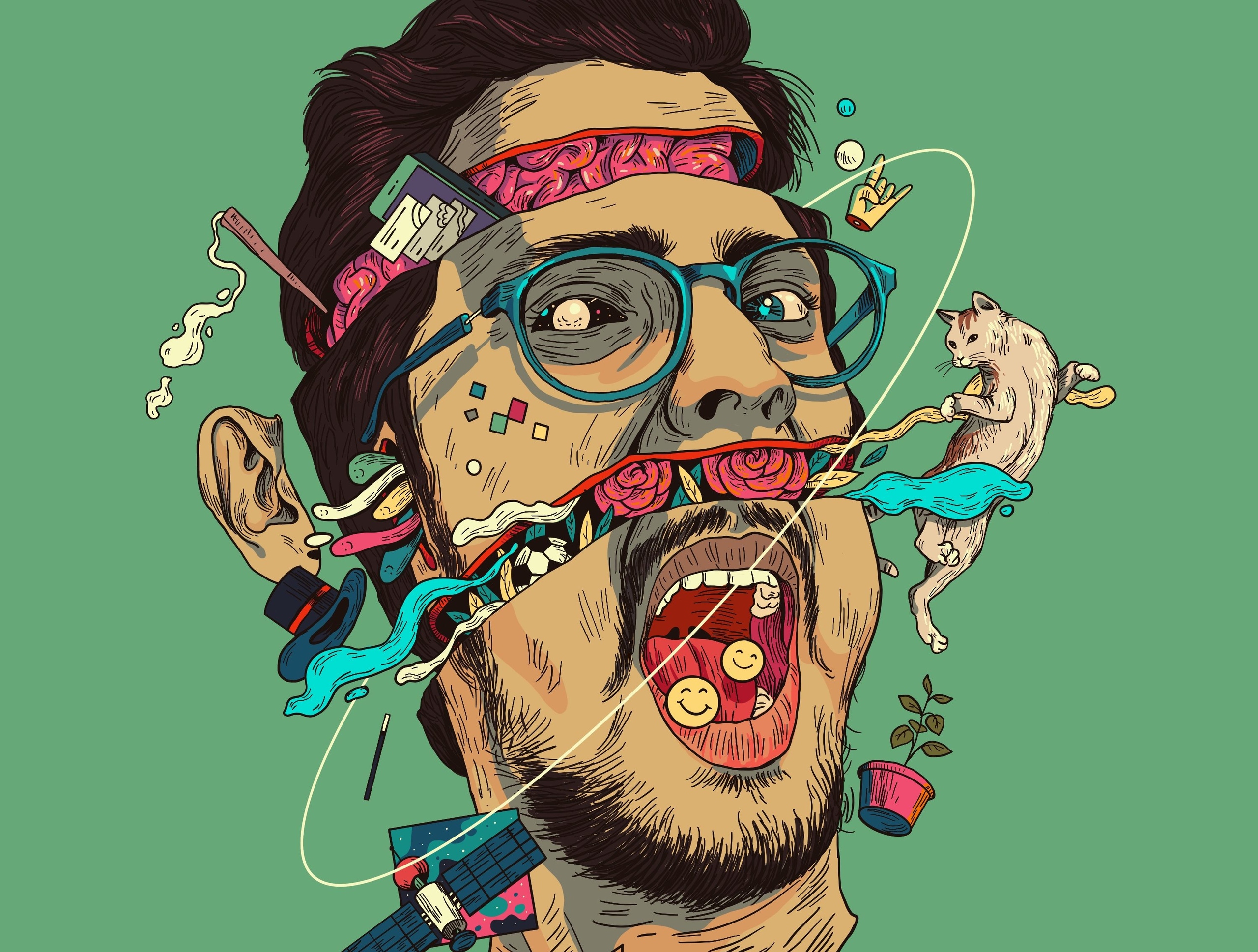 Attention Poppin’ – Users Droppin’. How to design for attention and save face

Stores did not have to fight for attention 100 years ago. Just the fact of them being out there was a success. But the more stores opened, the more people started ignoring much of what was offered. More so, we became spoiled and the stores could not impress us any more, instead, they started irritating us. All the blows and whistles stopped working. Businesses had to take it back to the products and put effort into making real value.

The fact that you are out there doesn’t mean people will care.

The internet gave everyone a voice and in that hum of voices, we lost track of what matters and stopped hearing each other. Capitalism gave every business a chance to be noticed and made people responsible for the choices they make.
The people responded with thickening their skin for much of what is around. We smell bullshit a mile away. We know fake from real and we only tune in when there are care and respect. As product and digital product designers, it became our job to make people care again.

On levels of reach

No matter how specific the product you are designing is, it has to speak to a wide variety of people. Attract as many different people as possible is what a client wants from design. To do that, we must understand the levels of reach that design speaks to.
Let’s say we have an app that provides a service in a nice and simple way, makes people’s life a little easier and does something for them. A common thing for designers and writers to do is show the killer feature and expand on it. However, the killer feature is the one that makes your app stand out from the rest of 2 million apps. That feature will only reach a fraction of people who are already in the mix.

For those who know, it’s a fair use. For most people though, that’s gobbledygook. Designing and positioning a product around that feature only guarantees a small-number conversion.
To reach further, we must scale the killer value further.

‘FDIC-protected’ means the app follows the general banking regulations and can be responsible for the service.

Since more people are familiar with banking, we are reaching a greater audience.
We can then take it further down by highlighting the intricacies of tax-inclusive and -exclusive items and the ways they affect savings. We can start introducing categories of products which even more people can relate to, thus reach another level.

Then we can take it straight into savings and grasp another level, and finish with the ultimate reach – money which is as broad of a term as it gets.

By peeling the layers of people’s wants, we are sharpening our understanding of attention and can work towards capturing it on multiple levels. The coolest part is there is no end to the layers of attention. If you can go past the money and create an even more valuable point of interest for the people, you won’t be stopped.

Such thing as niche only exists as your own constraint. Design thrives in destroying constraints, not building them.

People’s interests and wants intersect on lower levels because they are super common. This means there are thousands of companies going off on each other and fighting for attention on lower levels while being extremely lonesome on the higher ones.

It’s important for design to be able to speak to both the experts and the rubbernecks.

Overwhelming is the temptation to get dirty with it but it should never be the only option. There are ways to channel attention without being an asshole.

On vices and sins

People are generally drawn to dark shit. And we’re not talking about dark themes only. The things that catch us the most like greed, lust, or sloth are frowned upon in an open public but are invisibly present in every product ad or marketing campaign. This is a natural movement down to a broader audience but also to obscurity.
The designers who embrace sin as their modus operandi can eventually devolve to dark patterns. They will trade the attention for antics and lose every bit of respect and reputation. 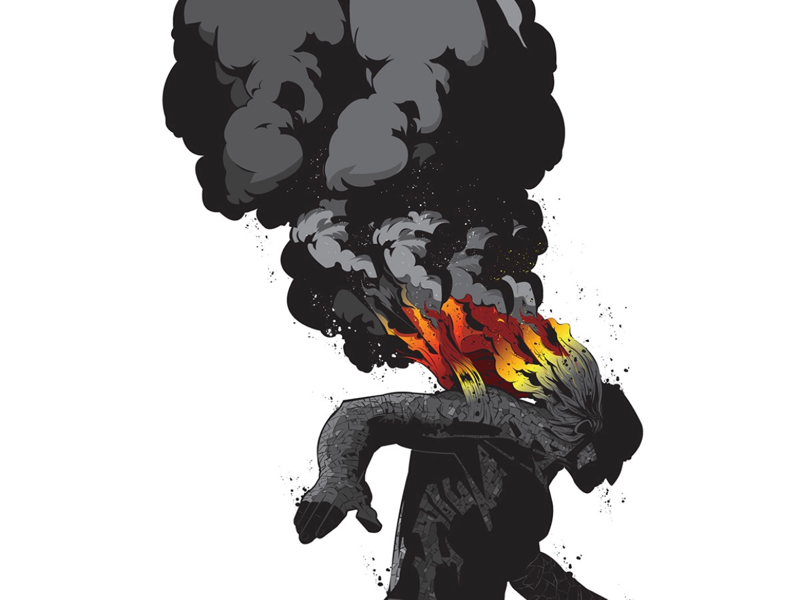 If you are designing for numbers, ads, and clicks you might go against the heart and do it because everyone’s got bills to pay but if you are honest and respectful, you’ll stay away from vices in design and lean more towards the better ways to catch and retain people’s attention.

It’s impossible to attract other people if you are delusional about what you are making for them. The end product has a good chance to turn out not quite what you expected it to be.

The number of baseball bats sold worldwide vastly exceeds the number of amateur baseball players. More so, neither gloves nor balls are there to support the sales, which means people are not so interested in the game but they are in using the sports implement as an assault or defense weapon.

Players used to whittle themselves custom baseball bats with one purpose in mind and it was to make it handy for hitting the ball thrown your way at 95 mph. They were mindful of the experience that had to be safe and efficient and allowed it to dictate further production. The end product was so good that it fulfilled the original goal and acquired a bunch of other applications as well. This is what it would look like if they had only stuck to contemporary technologies and fashion:

In our time, technologies and trends still dictate the direction of a product. However, it’s life that puts a period to the product story. To stay afloat, we should be able to tell ends from means and never confuse the goal with the way to get there.
People pay attention and trust what they understand. What they don’t understand, they tend to avoid. Xenophobia is an inflamed natural defensive mechanism that happens when the unknown experience does harm. People might not know what we know about the product we are building.

As designers, it’s our job to be mindful of users’ doubts, fears, and stereotypes and work towards eradicating them.

The reason why we process conversational information better than written is biological. Every interaction happens in a context. That context is created or affected by motion and its subtle physical bits of meaning which are impossible to notice in an isolated visual interaction like reading. Being human is more than being relevant and charming. Some bots are charming. Being human means being recognizable and accepted by own species.
In “Sapiens: A Brief History of Humankind” by Yuval Noah Harari, the author explores the evolutionary history of the humankind only to discover that our kinds’ final development stage will be called the dataist revolution and it will signify our vanishing.

“Dataism thereby threatens to do to Homo Sapiens what Homo Sapiens has done to all other animals.” – Yuval Noah Harari.

That’s a sexy topic Aaron Schwartz and Ray Kurzweil wrote about before it was cool. A linguist, Dr. Jacques COULARDEAU offered a lot of skepticism on this. Namely, he doesn’t believe the eradication of added value which only exists for consumers, will allow machines to maintain themselves. If no people consume the products, they stop bringing value. If they stop bringing value, they don’t consume. If they don’t consume – they are idle.

The tech affair we are all having is trending towards the symbiosis of humans and machines and that translates to tech startups assuming everybody is hip with the vernacular and logic of this symbiosis. In reality, machines don’t buy. Twitter is only huge because it can deliver one person’s polarizing tweets and make them a president. Television is only huge because it can change society by showing one man’s sexual movements euphemized by dance. Radio is only innate because it can cause a whole nation adhere to the cruelest deeds for six years just by the sound of one man’s voice. 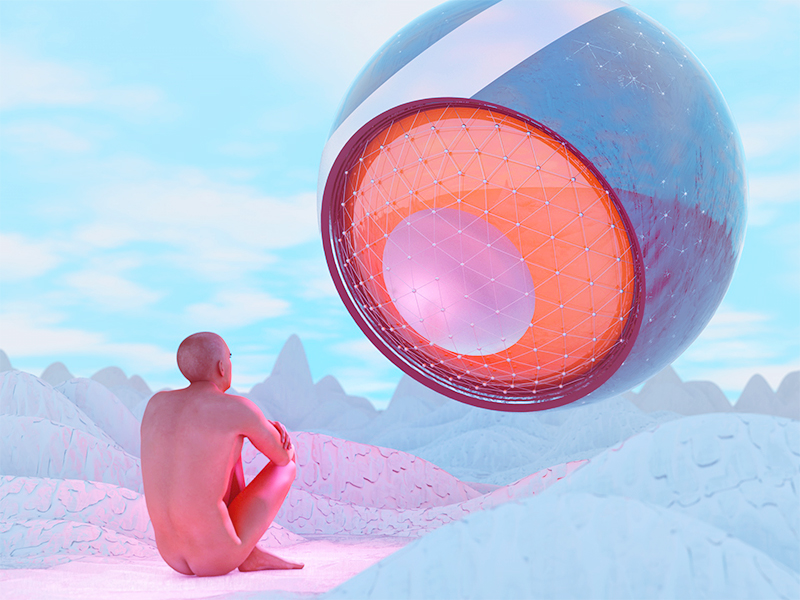 Technology is only a platform that supports the human-centered and human-powered parade of greed, love, and curiosity. In that sense, we should never give up on what makes people people. Something that we naturally pay more attention to. And that’s voice and motion.
This is where the obsession with teaching machines to better understand us may come in handy. Google, which is now a publically AI-first company has demonstrated the direction it will be going towards in the upcoming years. And that is natural voice recognition tech and also, voice reproduction as well.
Designing for voice control or with natural language processing in mind is not what you’d traditionally consider being an attention-grabbing technique. But its power is in the absence of the UI and the constraints hurdling you from fulfilling a goal. Customers spread information about themselves all over. Those who will learn to value that information and play off of it instead of forcing and baiting people to act in a certain way will be on top.

A voice-driven product does not need to fight for attention. It just has to listen.

As for the motion, it triggers the same mechanism of perception as the familiar sounds do. Speaking and understanding a language creates a safe experience. The same with the behavior of things. Have you ever tried riding a backward brain bicycle? They say you can’t ride it unless you practice every day for 8 months. Unknown motion confuses. Motion that is off time signals that something is wrong. We subconsciously as much information from the way things move as we do from the way they feel and look.

The more natural motion we can recreate in the UI, the less robotic it feels. And since we trust the familiar experiences more, we’ll pay attention.

To wrap it up, there is always a bigger problem good design is tackling while performing the initial task. Every good thing deserves another and no matter what you do, if you do it honestly and fundamentally good, it will help someone. Or everyone.
It’s a superpower that designers have allowing them to translate data and principles into real-world products. We are tying oneself into knots studying trends, learning to express meaning, and looking for ways to attract attention, when in reality, we have the power to direct attention to what really matters.
Adrian Zumbrunnen used a Lion King example to show how strong the shared vision can be. Lion King was not on the A-list at Disney’s because it did not have people in it and no one to relate to. Until someone realized that it was Hamlet in a different setting. The movie was made and despite the fact that it was not designed for attention, it worked and changed the lives of millions of people around the world because someone believed in it.

The ideas don’t always need to be marketable and made for sale. Sometimes they deserve to be done because they are genuinely good. 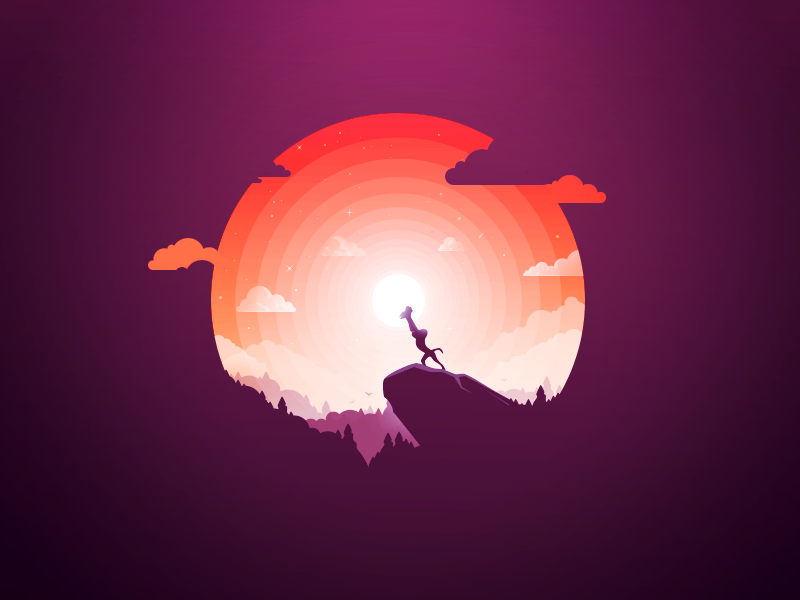 The Lion King by Andrey Prokopenko in Illustration