If you are considering what programming language to learn or use in your project, then look at C#. There are several reasons why this language is so popular. 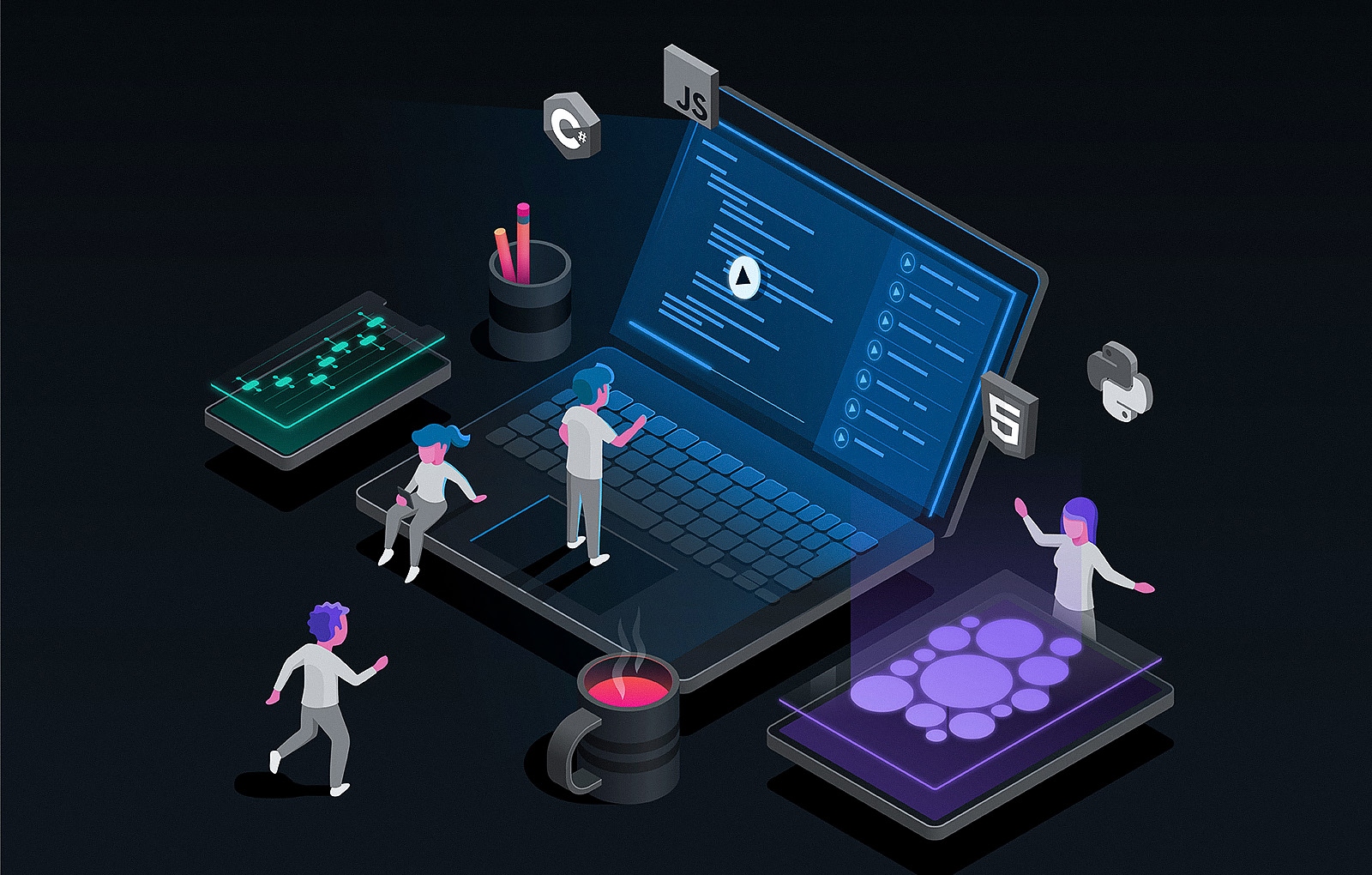 App and software development has become one of the most popular working fields. According to the U.S. Bureau of Labor statistics, the number of employed developers will gradually increase and reach 22.2% in 2030. Therefore, software development is a very beneficial area worth your attention.

If you are a developer who wants to grow in this field, then you need to choose a programming language to use. There are dozens of them. However, few languages will bring your work to a new level.

In this article, we will dwell on C# — one of the top 10 popular languages in the world. 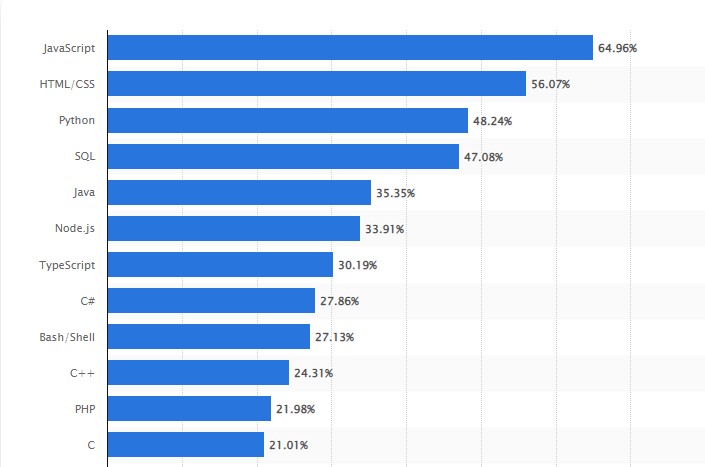 What is C# language?

Microsoft released this programming language in 2002. It was initially built for Windows and later adapted to Linux and macOS. With time, C# has become an open-source code, and now it runs on .NET cross-platform. Microsoft took the original syntax from the C language, so the names and structures of these two languages are similar.

The application field for the C# language is extensive. It can be used for creating:

A large field of application is a great advantage. It allows you to create projects in different areas without professional retraining.

Below, you will find six solid reasons why programming in C# is worth your time.

1. Hunger for the C# coders

Many companies use C# to develop mobile and desktop apps. Thus this programming language is extremely popular. Although more and more people switch to the developer’s profession, the demand for these specialists doesn’t drop, as well as their salaries. According to the latest statistics, C# programmers still have one of the highest salary rates in the world. 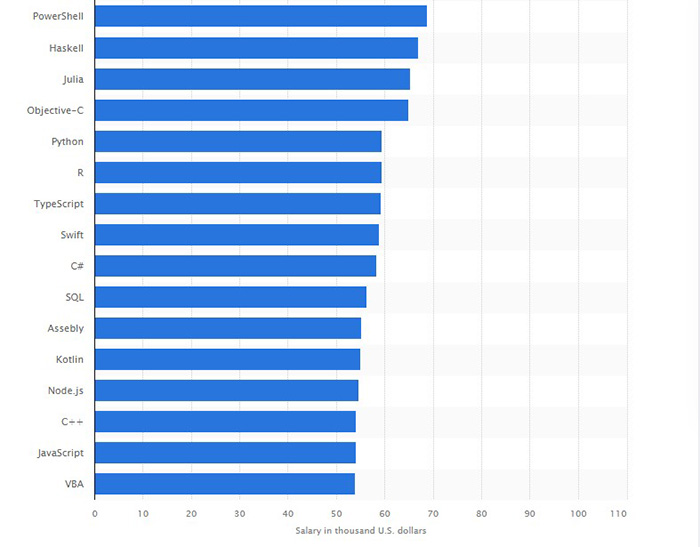 C# developers have one of the highest salary rates

Another reason recruiters hunt for C# developers is the growing popularity of machine learning technology. With its algorithms, ML pumps up business revenue and scope. At least 95% of the world’s leading companies have ongoing projects in machine learning. Most require programming in C# to code smart brains for AI.

Moreover, during the pandemic, businesses have switched their attention to the online world. These companies also crave programmers because they need to develop mobile and web applications for the products, not to mention cybersecurity for the banking and medical sectors.

Unlike other programming languages, C# is relatively easy to grasp. You can learn C# programming in a few months if you already have some coding knowledge.

In 2002, Microsoft strived to create a universal code for developing software on all available platforms. Their aim was a language with a clear structure, easy-to-read syntax, and high utility.

The Microsoft team took the C language as a base for their creation. Then they imported viable solutions from other languages like Delphi, Java, and Smalltalk. At the same time, the team did its best to remove all the bad feats taken along with the C structure.

As a result, C# has a specific syntax. It boosts the overall readability, so a developer can quickly understand the code and make necessary improvements. Moreover, it’s designed to be a high-level language, meaning C# does lots of things automatically. While programming for C++ and Java, you need to prepare parts of code manually.

The high readability makes C# an excellent choice for large development teams. With this type of teamwork, sometimes you need to pass the code from one developer to another.

The main advantage of the .NET platform and C# is that it provides automatic memory management and cleaning. It also allows the developer not to worry about the device configuration where the code is running.

Thanks to a specific syntax type and lots of improvements, C# is a go-to option for beginners. 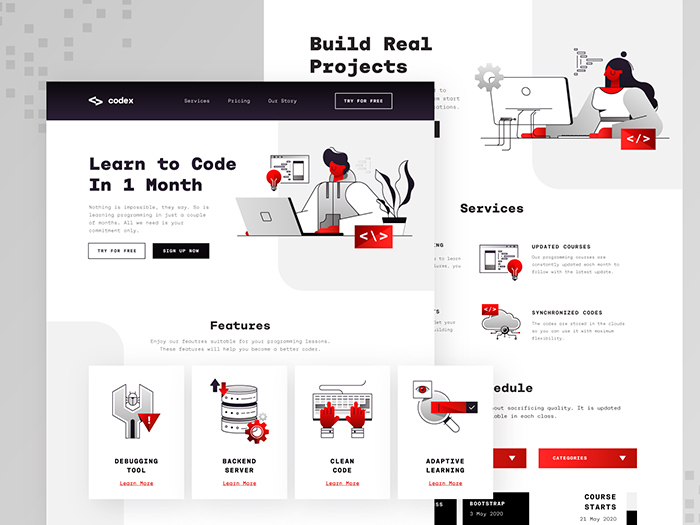 Once you master C#, you will have an easier time learning other back-end languages, for instance, C, C++, or Java. The reason is C# has a similar structure. This means you or your dev team can quickly sharpen their skills (pun intended) and create new, more advanced projects.

The C# language has one of the largest communities in the world. There are approximately 6,2 million developers who use C# for their projects.

If you encounter a problem you can’t resolve, you will most likely find a solution on the Internet. The .NET platform provides detailed C# programming tutorials and recommendations for particular cases, code formatting templates, etc.

Alternatively, there are hundreds of solutions on Stack Overflow. With the native ability of any C# IDE, you can surf the source code of most libraries and read it while working on your project. GitHub has a great C# community as well. There are lots of threads where you can find answers and brothers-in-arms.

Apart from these two platforms, you can find local forums for additional information and FAQs. C# Corner is one of the largest communities of C#  and .NET developers. People post various events, podcasts, and videos on programming in C# for beginners, as well as additional modules to help fellow developers.

At first, C# was designed as a part of the Microsoft .NET framework. In 2021, .NET and .NET Core frameworks joined into a single, well-engineered .NET 6 version that has become a universal platform for C# development. It is one of the fastest solutions for software programming.

Over time, the C# language has gained many features that optimize performance and remove memory leaks. The cutting-edge Microsoft platform and significant improvements make C# a fast working language.

C# is one of the rapidly developing languages in the world. All thanks to never-ending support from Microsoft and the community.

The Microsoft team has been developing C# for more than 20 years. They always try to add new features based on people’s feedback and suggestions. The team has a GitHub page where everyone can express their opinion on the current C# state and read public updates and release notes.

Another thing that encourages development is an open-source code that can be easily modified to current needs. However, Microsoft takes good care of its creation and strives to keep C# simple and flexible.

With the Microsoft team watching over,  the C# programming language will thrive for many years to come.

There are several programming paradigms or ways of code writing based on a specific calculation model: procedural, functional, and object-oriented — each is suitable for particular needs.

C# is an object-oriented and component-oriented language. Thanks to constructs directly supporting this concept, C# is a perfect language to create and use software components. 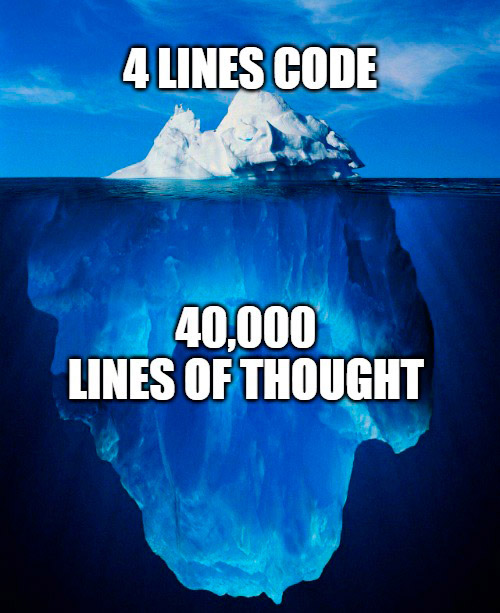 When developers use C# for object-oriented programming, they organize code via objects that connect data with behavior. The advantage of this paradigm is easy troubleshooting: if something goes wrong, you know where to fix it. Also, the inheritance feature allows you to reuse the code more efficiently.

As you can see, investing your time into learning C# is a long but precise shot. The C# software developers are in high demand, while the programming language is very flexible, versatile, and friendly to beginners. Apart from that, it has a strong community supported by Microsoft, which keeps an eye on its “child” and appreciates the users’ feedback.

You can use C# for various projects: desktop and mobile apps, cybersecurity, web development, VR and video games, etc. If you are a business owner, now you know what programming language to consider for your project.

Contact our team if you have an idea that awaits implementation. Our developer team will do their best to bring it to life.