The initial path to take was in seemingly versatile existing and firmly established tools. In late 1990’s, Java’s AWT (Abstract Window Toolkit) was replaced with Swing – a GUI toolkit providing a sophisticated set of graphical user interface components. It was the first attempt to emulate the some of the proprietary platforms look and feel, or take shape of outside platform UI regardless of the underlying platform. Sort of…

Swing never really became mainstream. Generally because of the amount of maintenance to be done across platforms in terms of JRE, CSS rendering to Swing, things like multithreading support, etc. Many attribute Swing’s imperfections to the reasons why Java didn’t become a success among consumer desktop users.

Swing wasn’t designed for touch-based UIs so a decade later Java’s potential was reinvented in Android – the designated digital camera operating system that in a good way, spun out out control. Although using the same language as Swing, Android was designed in .xml files and specifically for mobile. However, the early start of Android was shaped by its closest rival’s birth.

A year before, Apple released the first iOS that was not yet native. Although applications for the first ever iPhone had native look and feel, they were mostly developed using the Safari web browser, compatible with iPhone OS. The truly native iOS journey began with the launch of iPhone SDK. 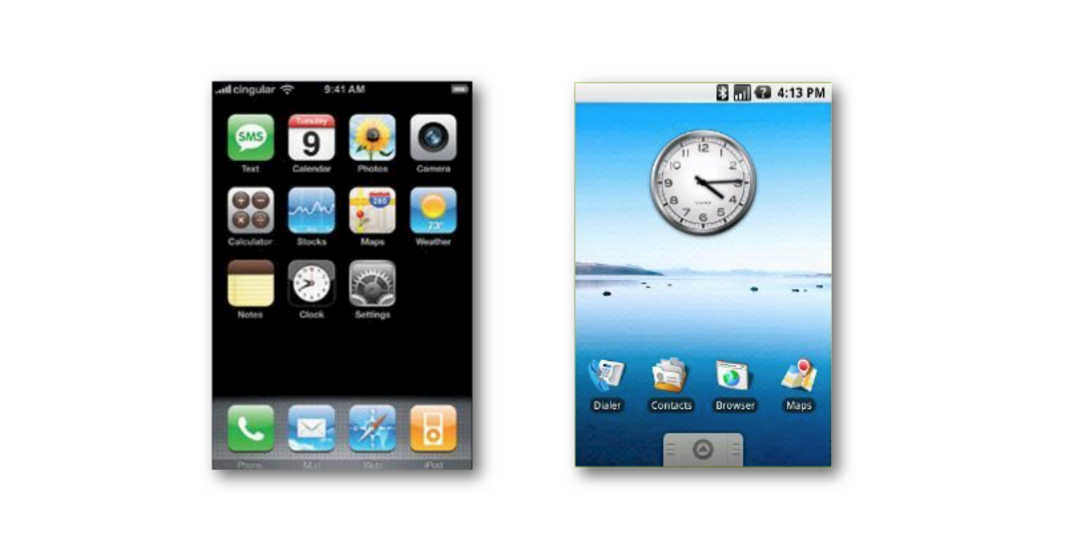 The strong sides of native development discovered along the way are:

While native mobile app development pros are undisputable, the main issues stopping businesses from fully embracing it are:

All of these are significantly higher in demand due to the variety of platforms native apps are built for, which triplicates the product in case you are only counting the major platforms.

No doubt, the pivotal introduction of high-performance mobile devices has changed the way we approach computing. Native applications fluently and organically entered our lives and initialized a whole new culture of design and development. However, native development not only didn’t kill cross-platform web applications but in a way became the Kryptonite for them.

The experience that native mobile applications granted users was nowhere near what web applications looked on small screens, mostly displaying textual content only. With the introduction of CSS2 and Javascript, mobile browsers began to display the real web pages optimized for mobile. Still, it was far from comfortable as the amount of zooming and pinching was nothing but frustrating.

The idea of a web application having design presets that automatically adapt to every major delivery media started another branch of web development, crossbreeding with the mobile experience.
Since then, cross-platform development is nowhere to go due to some strong statements it makes:

Having said that, there are significant drawbacks that explain why native tends to beat cross-platform so far:

In fact, I think there has to be no antithesis in the native and cross-platform application relation. Instead, the UI/UX design has to be a unifying force between the two.

The real challenge is to cover the needs of all the users instead of patting on the back those whose choice you like and criticize those you don’t agree with.

This concept has been already proven by the who’s who of the industry. The Facebook native app is faster and a bit more handy in terms of navigation, however, there is no frustration when accessing facebook on a mobile browser. Same with Medium, where the content-heavy UIs are barely distinguishable and equally good.

We’ve come to the conclusion that responsive web apps and native mobile apps have to be evenly prioritized. Most clients concentrating on their web apps prefer not to dissipate their focus from the flagship products. In this case, our goal is to deliver a high-performance and impeccably designed web app with responsiveness. At the same time, whenever there is a mobile app development project, we make sure to leverage the best options available for the native mobile platforms.

If both approaches have their advantages, sooner or later the idea of unifying those into a synergic hybrid technology had to emerge. As a balancing act for the two, developers attempted something called hybrid cross-platform mobile development. In a nutshell, it’s web development using special technologies to make a web application run in a wrapper and serve not as a mobile version of a web app but as a standalone application. Hybrid apps are built with a combination of web tools like HTML, CSS, and JavaScript.

Just like a normal app, you download those apps on App Store or Google Play, they require installation, but are also accessible from a browser, and have a separate icon.

The key difference is that hybrid apps are hosted inside a native application that utilizes a mobile OS’s webview.

The idea that general capabilities of any mobile OS include similar browser behavior, there has to be no problem converting hybrid apps for any OS by means of customizable wrappers.
One of the most popular technologies in hybrid cross-platform development is Apache Cordova. The webview of a mobile application runs the mobile version of a web app. The device’s native capabilities like camera, sensors, buttons, etc. are triggered by the  Cordova API. Check out LinkedIn’s article about their attempts to build a viable mobile experience using HTML5. Something they call The Native/Web Messaging Bridge and WebSockets.

Note: Cordova runs on web technologies. The components’ and views’ style are fulfilled by implementing HTML, CSS, and JavaScript. The Cordova’s UI is implemented by special frameworks such as Ionic and Onsen UI.

The obvious pros of native speak for themselves, but there is a chance to blur the edges and make use of developers’ existing skills in web development. Developers generally don’t like to be constrained by the limitations of proprietary platforms. Instead, they want to leverage the best of their ability to compile and invent. In that sense, hybrid is an attractive business approach.

At the same time, Android’s version inconsistency and Apple’s innovations from version to version impose a lot of responsibility on hybrid app developers in terms of staying relevant and being able to take into account all the variables.

The alternative approach is nowadays being extensively studied with a view to discover whether there are ways to  reach the all-round potential of hybrid development and develop heavy-duty native apps without learning the intricacies of native dev tools, but using some sort of flexible, versatile, and conventional technologies. For example, the NativeScript framework is capable of building iOS and Android apps that utilize the iOS/Android APIs and  webview to leverage performance. With NativeScript you can also ditch the plugins that might cripple the potential of a hybrid application. At the end of the day, it doesn’t matter to the end user which type of app they are using as long as it does what it’s supposed to.
To illustrate this thought, here are the examples of some of the super successful hybrid apps: 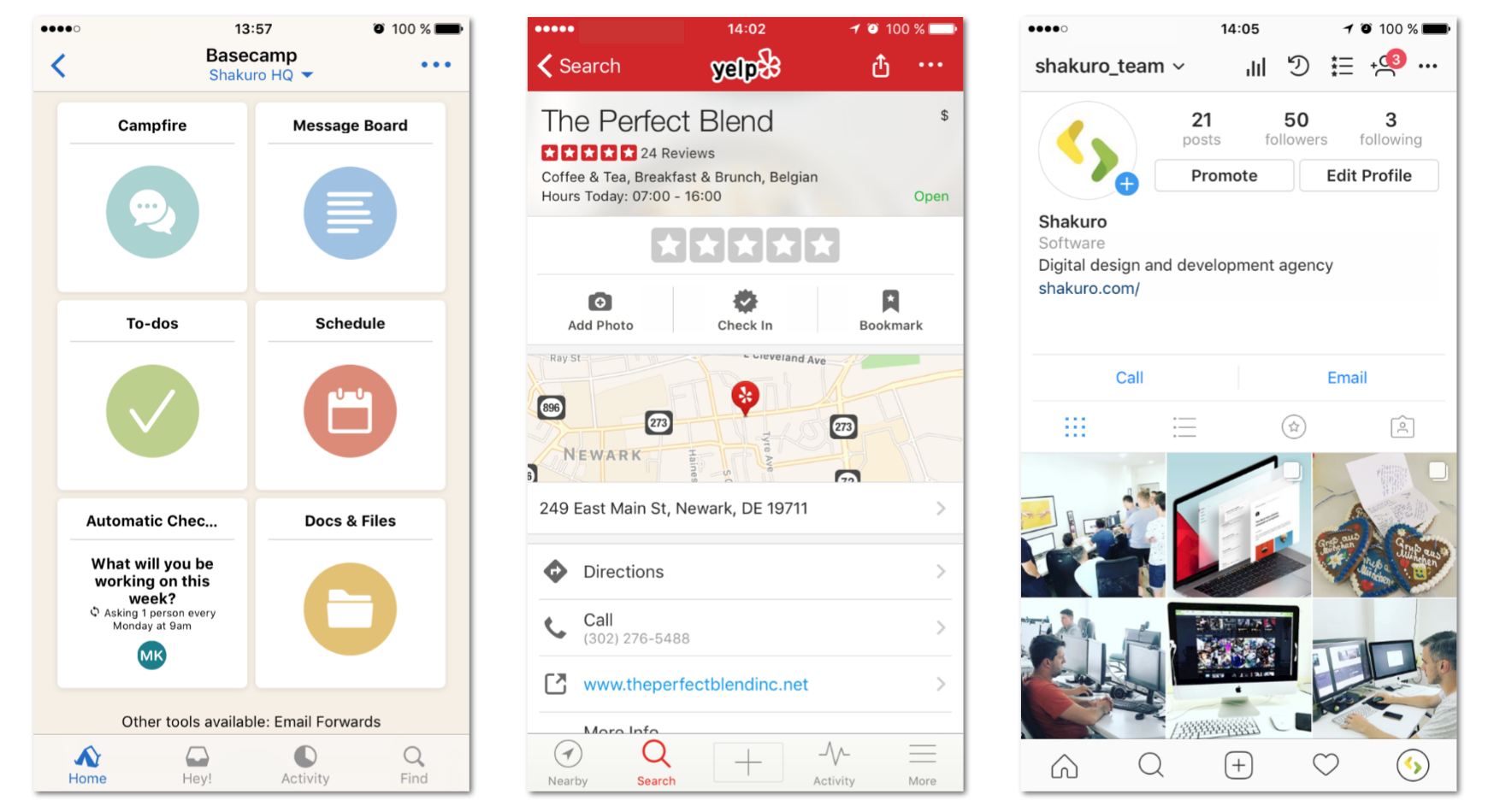 In hindsight, it’s about whether the cake is worth the candle. Are you ready to place a bet on performance within the range of the available native development features, or utilize the budget-efficient and unconventional approach of using multiple web technologies and create a unique experience?