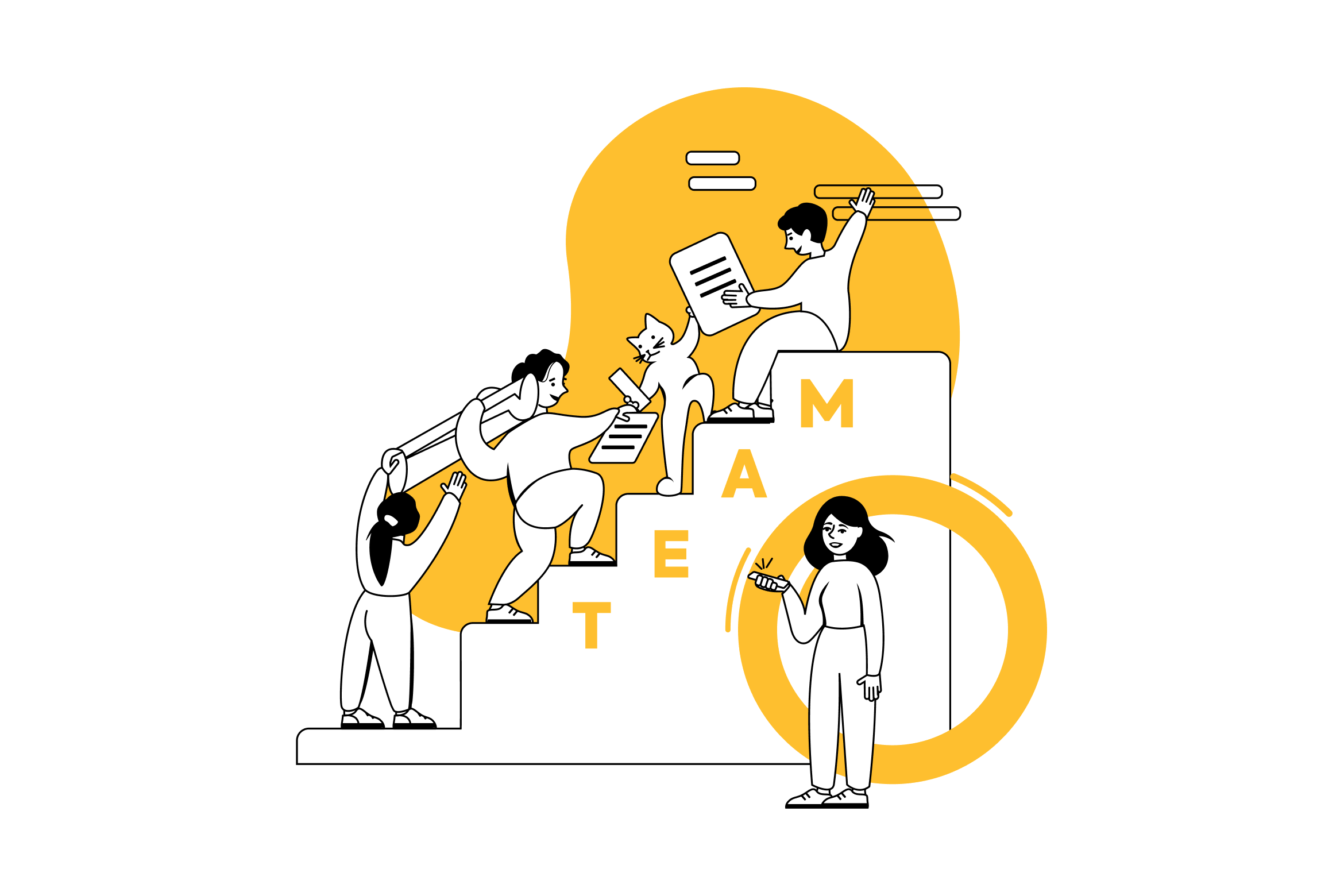 A Guide To Funding A Startup

In this article we will take a look at what it takes to accumulate finances for the pre-launch of your startup. The pre-launch phase includes raising money for developing the product, hiring staff, and sponsoring marketing campaigns.

We will highlight the most prominent methods for raising money, and analyze the reasons behind the success of various famous startups.

Fine, I’ll do it myself

According to Bankrate, over half of Americans have less than 3 months’ worth of emergency savings. For 2021, the survey states, 25% of respondents don’t have any savings at all!

Why does it happen? The answer lies on the surface — not all people know how to properly manage their financial resources. Coaches and finance experts first recommend that all those who attend their courses develop financial habits. Good financial habits are what make the difference between rich and poor. 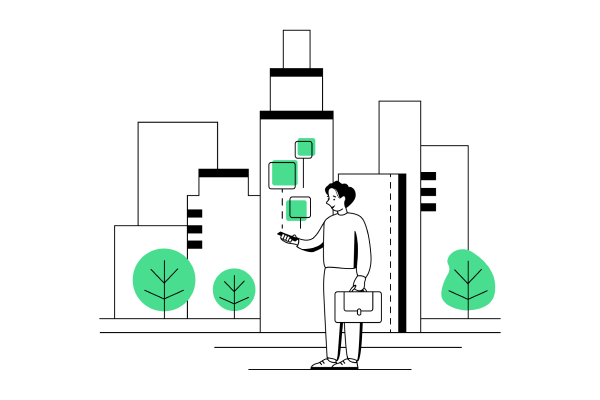 It might take some time accumulating money on your own, but hey, you won’t be in debt to anyone. And think how cool it would be if you could someday say to your kids, “I did it all by myself”.

Funding a company with your own money is realistic, if you start small. If you have a new idea, you don’t need billions to make it come to life. A good business idea can deliver revenue even at low volumes.

Try opening a different business-account for savings, reconsider spending habits, and replenish your account when you have spare money. We also recommend you to start keeping track of your budget. No fancy apps (unless you’d like to create one) — just get a template from Microsoft. 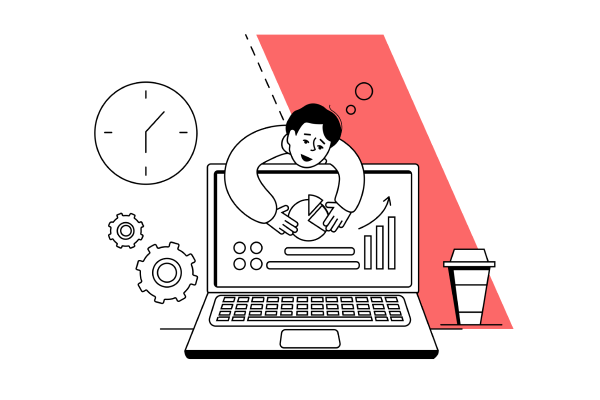 Most people think of a loan when it comes to starting a business. Let’s take a closer look at how profitable this method of raising capital is and how to get bank approval for a novice entrepreneur.

The main disadvantage of getting borrowed money for a young business project is its uncertainty. It’s impossible to confirm one’s own income and guarantee future profits. Banks are reluctant to lend money to aspiring entrepreneurs. They see start-up financing as a risky deal with a high probability of no return on investment. Coming from this you have: strict requirements for a borrower, the complexity, and long duration of the procedure for obtaining a loan. 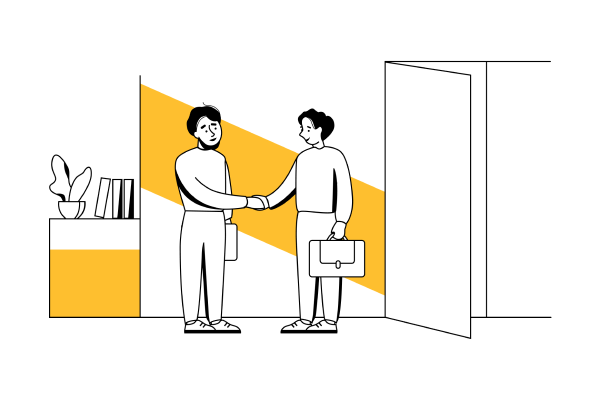 How to make your chances for a loan higher?

Small and medium-sized businesses that have been operating for at least 3–6 months have more chances for approval. With a loan for a new project, it is much more difficult: there are practically no turnovers, customers, suppliers; there is only the founder’s desire to develop.

So overall we can conclude that debt financing from a bank is an unreliable business. The probability of rejection is high unless your business has already been running for a few months. 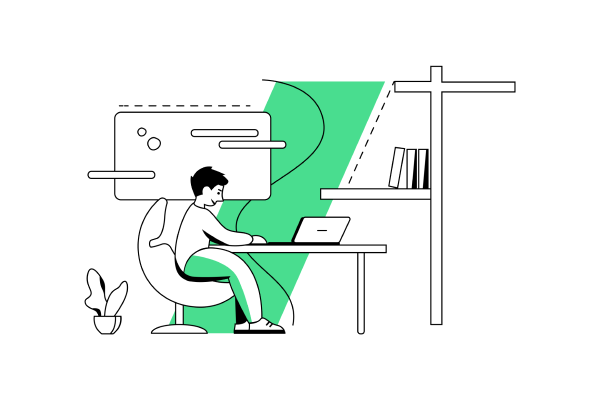 There are countries that have special programs to help small businesses and startups. For example, the U.S. Small Business Administration (SBA). It’s a government agency that provides support to entrepreneurs. It can’t directly loan money, but it can provide a guarantee for a certain borrower. This borrower will have much higher chances of receiving a loan from a bank. 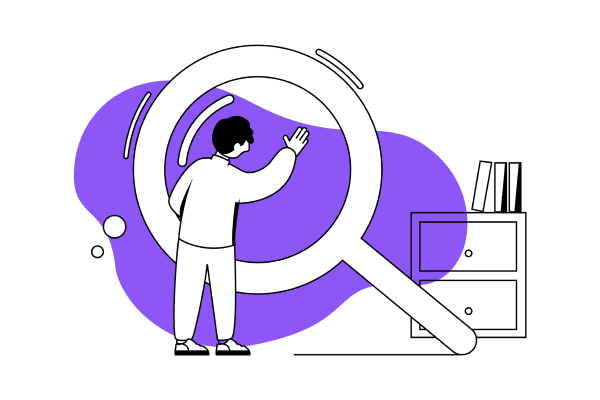 There are 2 factors indicating that you are ready to borrow money to grow at later stages:

Crowdfunding is a growing trend that is gaining more popularity each year. Even Covid didn’t affect it. In 2020 designer Isaac Childres managed to raise almost $13 million on Kickstarter for a board game, “Frosthaven”. Childres was the founder of “Gloomhaven”. Have you tried that board game? This baby is considered one of the longest games ever existed! It has 95 scenarios, 3 hours each. It’s not Morrowind, of course, but it can keep you entertained for 285 hours in total. 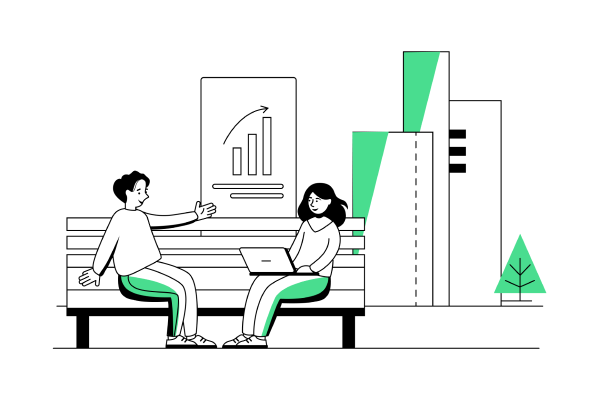 Is it possible to raise money for a startup through crowdfunding?

Believe it or not, money is not the end goal of crowdfunding. While preparing a crowd project, you will immerse yourself in your product a lot. So much so that you will probably do more of the pre-launch work before you even know it.

With crowdfunding platforms it is possible to receive a unique PR. However, money isn’t guaranteed on such sites. The most common mistake is the expectation that all your friends will donate 500 bucks each and you will collect the required amount.

The result often depends on what you offer in return. See, “Frosthaven” had a huge success on Kickstarter. But that’s because every geek knows its predecessor, “Gloomhaven”. What you will present on the crowd platform will most probably be an unknown project.

Let’s summarize the conclusions. The disadvantages of crowdfunding for a startup are:

The advantages of crowdfunding are: 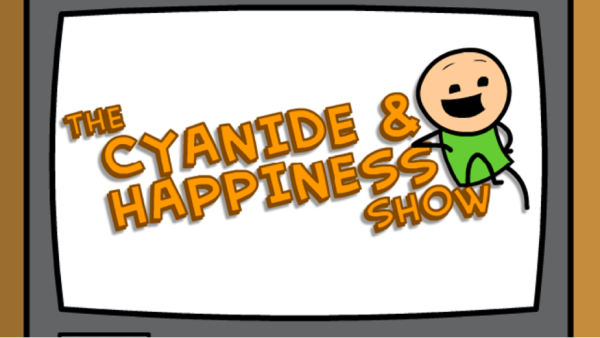 The Cyanide & Happiness Show, from the creators of the famous comics, crowdfunded over $700,000

What is an angel investment? Angel investors are professional or aspiring private investors. They invest personal money — usually, at the pre-launch of a project’s development. You can find them on special websites.

You will need some amazing presentation skills to impress them, though. Or not, if what you’re doing is appealing to them. Jeff Wester of Sisters, Oregon, for example, wanted to open a real classic smithy. He found a wealthy mentor who had been in a similar business a long time ago. He gave Jeff a piece of land and gave him money to open a new forge.

How to behave with angel investors?

How startups raise money with them?

An angel investor wants to understand how a company plans to market itself, how much it will cost to acquire each client. Therefore, an entrepreneur must be ready to answer the following questions: 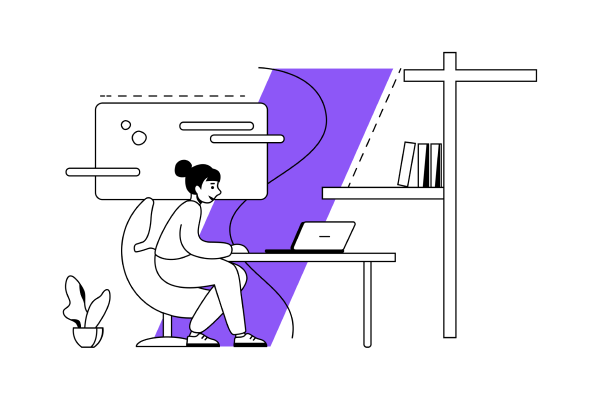 What’s the difference between loans, investments, and grants?

When attracting investment financing, the owner of the company sells its part (equity) and receives funds for its further development. What’s the advantage of that? Investors (business angels) often take startups under their wing and help in getting the next rounds of investments.

When taking a loan from the bank, the latter often requires collateral. Even if startups manage to find an amount or an object on collateral, the risks are still very high. In case of failure, you will have to deal with refinancing for a long time, or lose the said collateral at all. 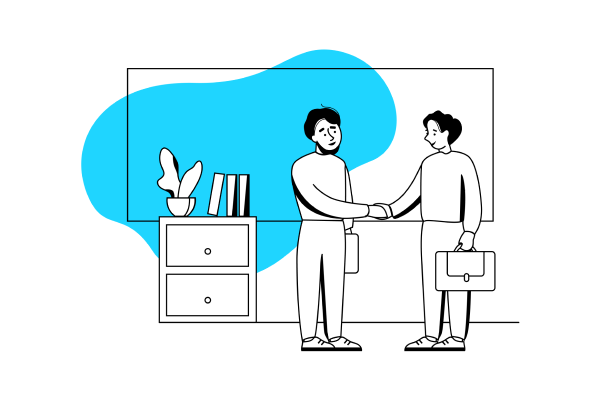 Business startup grants are funds that are provided to startups to cover expenditures, such as training a team, purchasing equipment, or entering new markets. The main advantage of such financing is that a recipient does not transfer part of the company (equity) to the fund. A recipient of a grant undertakes to report on using funds received.

Grants do not receive anything in return from startups, but rather help each other. That is, after receiving the first grant, the likelihood of getting the second one for developing your startup is quite high. 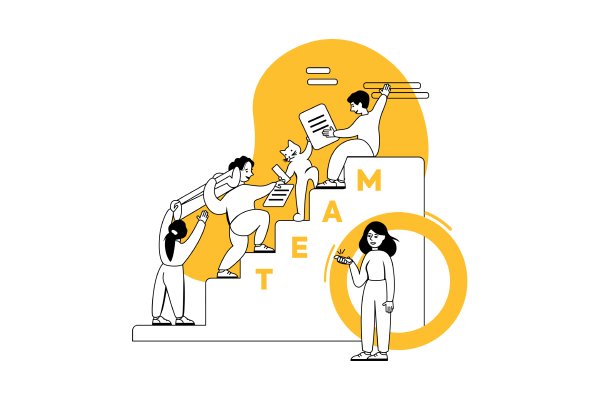 Here are the 4 most known startup funds in the world: 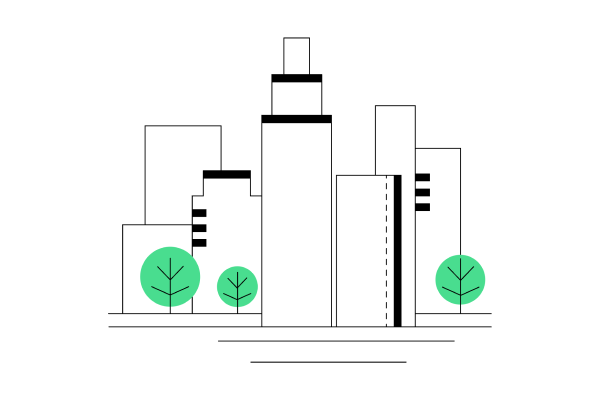 How to raise money for a startup? Look into this method. Venture investments are investments in a developing business or startup, whose prospects for success are still unknown. With this method of funding, an investor gets a share of a startup/project. Thanks to venture investments and advice from venture capitalists, such companies as Amazon, Apple, Facebook, Gilead Sciences, Google, Intel, and Microsoft have achieved success. 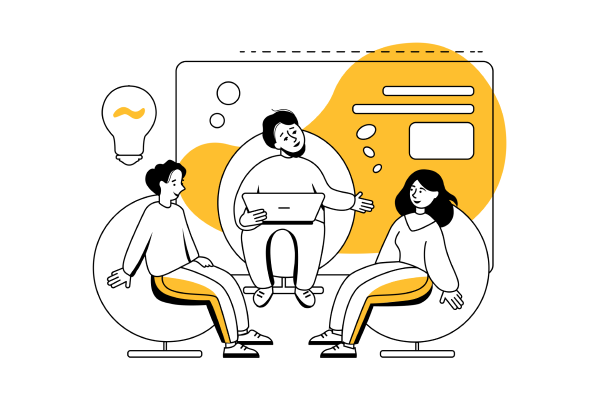 How do investors make money from startups? It is important to understand how venture capitalists learn about the companies they invest in. About a third of their investment companies come through professional networking: a venture capitalist communicates with other venture capitalists, lawyers, financiers, and university professors. This is how she or he discovers new talents, and promising startups.

Remember that an investor is as interested in finding a promising startup as a startup is in attracting investment. Therefore, if you are confident in your product, do not hesitate to get acquainted and tell investors about it. 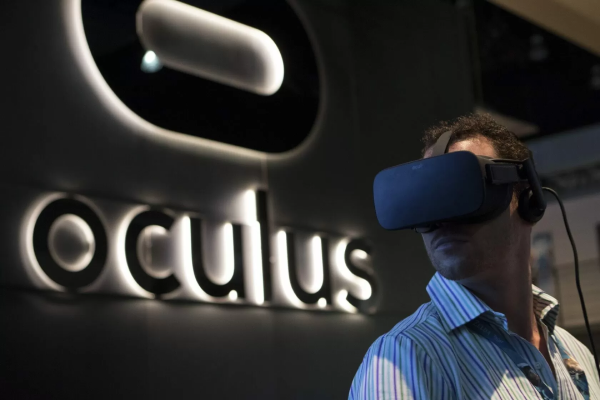 Many great companies started in a garage. It’s an odd trend. Oculus is no stranger to it, following in the steps of Apple, Google, Amazon, and HP. After a long day of work at the Mixed Reality Laboratory (MXR) at California State University, the founder of Oculus, Palmer Luckey, went to his garage to develop Oculus.

After one of the most successful Kickstarter campaigns, Luckey quit his job, dropped out, and sold his AI startup to Facebook (now Meta) for $2.3 billion. 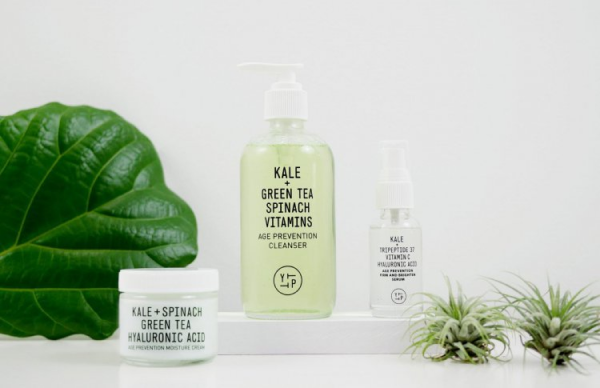 Youth to the People made it to the top LinkedIn startups of 2021. The founders of this skincare brand, Joe Cloyes and Greg Gonzalez, had a little store down in L.A., which was in business for only a few months. Then they quickly turned to online sales only. Guess you’ve got to have talent to make money online.

The founders also raised more than $2 million on Kickstarter. The skincare startup industry has really grown in its volumes during the pandemic. It’s not that people don’t have anything better to do at home. On the contrary. Being locked into our houses made us more self-aware. We care more about ourselves, and with selfcare comes skincare, of course. And don’t you forget that SPF!

Todd Howard was born in 1971 in a small town in Pennsylvania. He wanted to make video games as a kid and got bullied for this a lot. For this, and for the fact that he participated in a chess club. An old interview in which he tells us about it became quite a famous meme among Bethesda fans. One person even turned the interview into a music clip:

Now a huge corporate monster, Bethesda was on the brink of bankruptcy when they released their first game. Their second and third were financially mediocre. Only after the fourth video game, The Elder Scrolls III: Morrowind, Bethesda, finally got acknowledged by the gaming world. Bethesda’s story is an example of how sometimes it takes a lot of time and love for your video game startup to become successful. 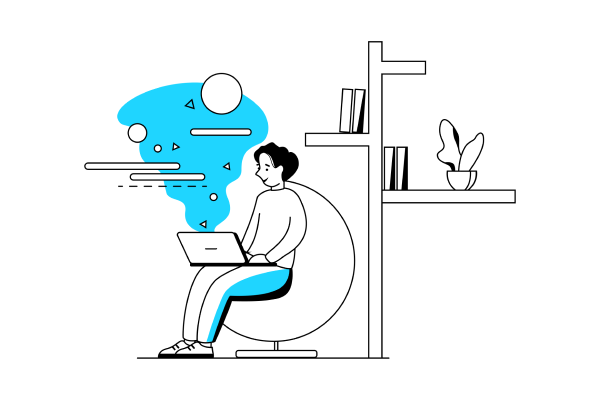 So, you have an excellent idea for a startup. Let’s make it a reality. I can congratulate you at least with one thing: if you are looking up articles about “hot to raise money for a startup”, you’re halfway there. Kind of. You have actually moved on from dreams and are now searching for the right instruments. To succeed, read an article on why startups fail.

In this article we gave a brief overview of the most popular ways of raising money:

We wish you good luck in your beginnings. And if you need a beautiful website, app, or logo for your startup, the Shakuro team is always happy to assist.