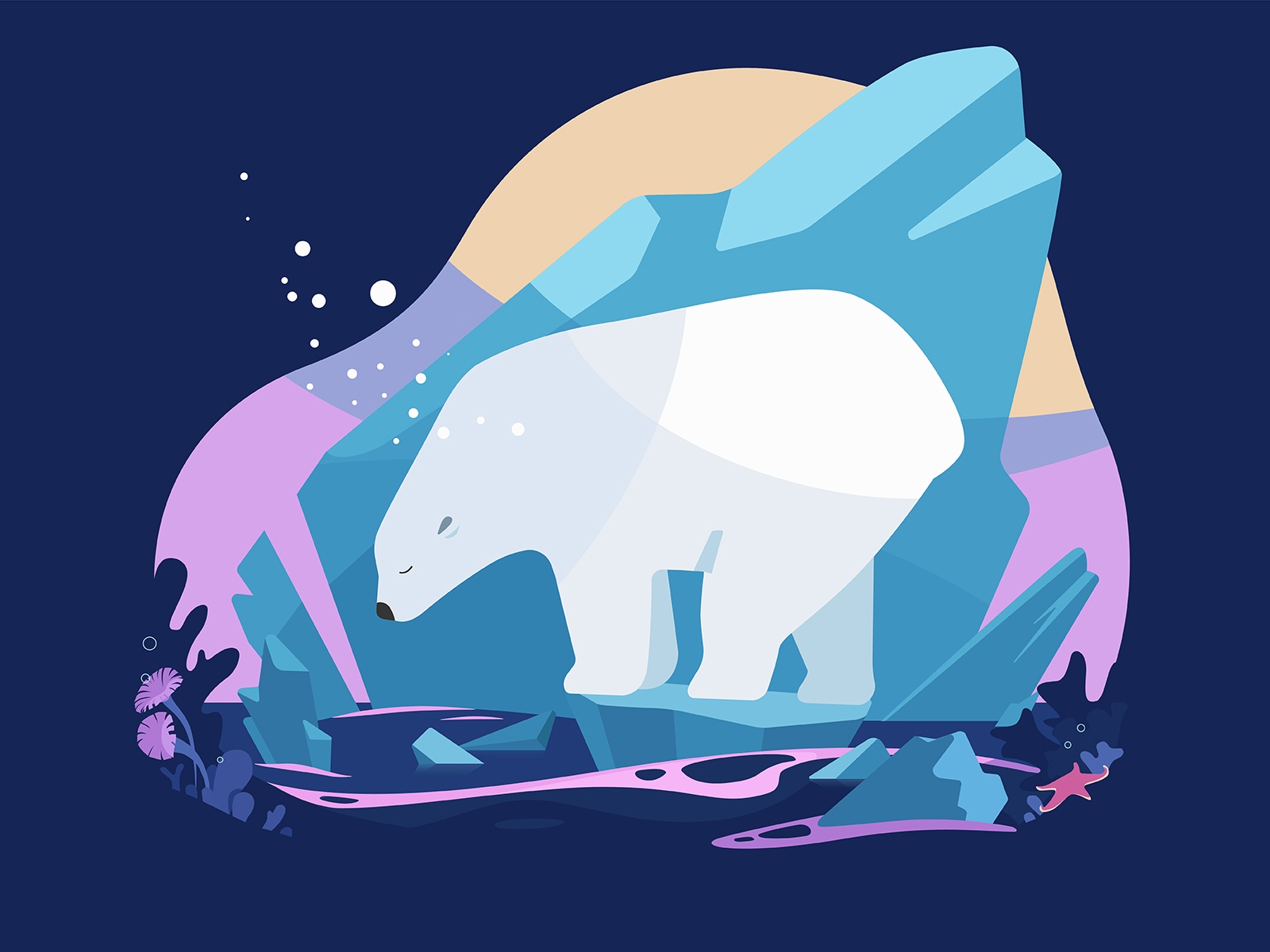 Digital Ecological Footprint: What Can We Do As An Outsourcing Company?

We have an urgent problem. The carbon in our atmosphere has created a blanket of gas. It traps heat and is slowly changing the climate for the worst.

By now, the planet’s temperature has risen by 1-degree centigrade. If we don’t curb emissions, and temperatures continue to climb, science tells us that the results will be catastrophic. Droughts and floods show that if we can reduce the degree of warming even by 1/10 of a degree, this will save millions of lives. Huge areas will be protected from destruction, many species of plants and animals from extinction.

To work its magic, digital technologies need electricity and computers. The carbon dioxide we emit into the atmosphere in our daily internet-related activities is called our carbon footprint.

Today, we will explore two questions and try and find the best possible answers to them:

Why Is Everyone Talking About Carbon Footprint?

Any human activity is a direct and indirect source of greenhouse gases entering the atmosphere of the planet. Their totality is commonly referred to as “the carbon footprint”. It’s an environmental assessment of how many carbon units does it take to produce something (e.g., to develop a website).  the cost of a product in carbon units. And the larger this footprint, the greater the blow to the ecological safety of the planet.

It’s hard to believe that when you play matches in Plants vs Zombies or pull an all-nighter in Minecraft, your activity affects our planet.

The problem is, you’re not alone:

The carbon footprint that we create using gadget  and surfing the internet result in 3.7% of global greenhouse emissions. These emissions are predicted to double by 2025.

This is approximately 1.7 billion tonnes of greenhouse gas emissions per year, it’s almost as much waste as in airplane industry. Streaming video and audio are the biggest drivers of the internet, making up 63% of global internet traffic. 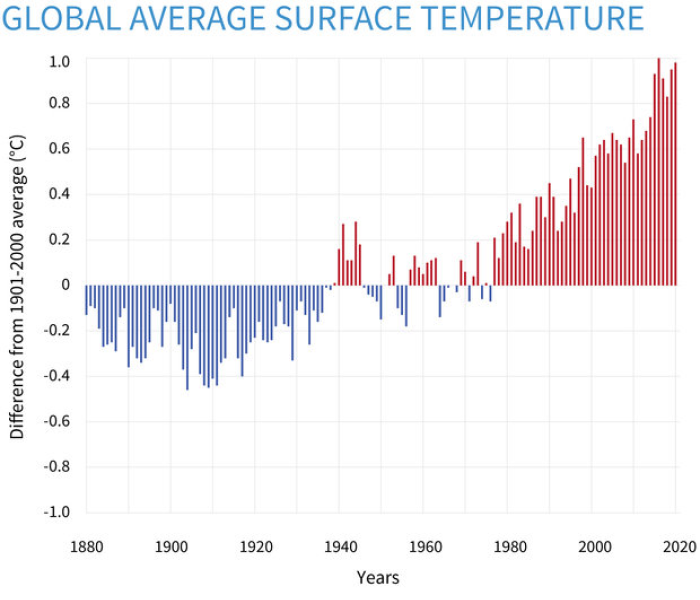 Carbon emission added to the greenhouse gases result in floods, tornadoes, hurricanes, uncontrollable downpours and abnormal heat. In addition to global warming, the increase in various greenhouse gases has other consequences, including ocean acidification, smog pollution, ozone depletion, and changes in plant growth and nutrition levels. If you’re looking how to create a website, for example, be aware that your search queries also create a footprint.

The Price We Pay

A Lannister always pay their debts. The question is, are internet users ready to live by this motto? We habitually continue to surf social media, code, invest, mine coins, etc.

The mass computerization that began in the 1980s made us devote much more time to digital devices than was required by work or leisure. Adults and children began to spend a lot of time playing games, and before the advent of the Internet and gadgets, computer gaming addiction (not to be confused with gambling addiction) was the most common.

Here are examples of Internet actions and their carbon emission values:

The non-profit organization The Shift Project studies the environmental impact of digital technologies, including the internet, computer programs, streaming services, cloud storage, and cashless payment systems. According to experts, from 2013 to 2018 their share in global CO2 emissions increased from 2.5% to 3.7%. The largest digital CO2 emitters are China (27%), India (6.8%) and the US (15%), countries with 854, 560 and 313 million internet users respectively in 2020.

One user emits one kg of CO2 per hour of a videoconference with the camera turned on, which is approximately 0.5 liters of gasoline.

When performing about 50 search queries per day, user produces 26 kg of CO2 per year. It’s a 113 miles ride in Nissan Juke. 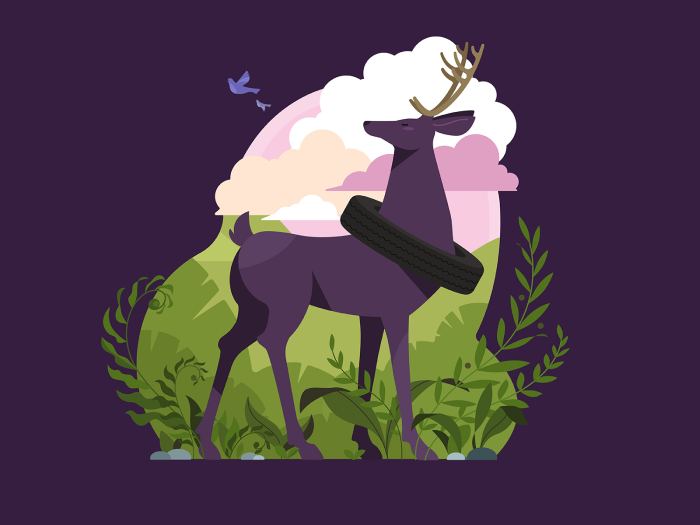 Want to build a website like YouTube? Well, think again. In the end of 2021, a team of scientists from the Hungarian Institute of Agriculture and Life Sciences calculated the carbon footprint of the four most popular online services: TikTok, Facebook, Netflix and YouTube. The researchers found that among these 4 apps, Netflix generates the highest carbon footprint by broadcasting high-definition video to a huge number of users.

When your watching Netflix and the screen goes dark and you see your reflection. pic.twitter.com/oJKtgwnBmB

YouTube, Netflix, Facebook and Tiktok were chosen by the researchers as the most popular apps. Scientists have concluded that watching one hour of video on Netflix produces 6 times more carbon dioxide than watching YouTube. One hour of online video streaming consumes 6.1 kWh, which is the equivalent of driving an electric car for more than 30 km, using LEDs continuously for more than a month, or boiling a kettle for three months.

How is this calculated?

It is difficult to get precise readings on the energy consumption of a single action. This is due to the nature of a request. Nowadays, a digital product uses a whole bunch of different services, APIs in order to perform. That means, your single HTTP request creates a ripple effect on the internet.

Such calculations depend on many factors, for example:

Reducing Carbon Footprint As A Company

How to make an eco-friendly website? Many companies aim to reduce greenhouse gas emissions and are moving towards zero carbon footprints. However, there is growing evidence that these commitments are not enough.

Climate change corporate activists sadly joke that climate programs are always “the task for the next CEO.”

Any company leaves its carbon footprint, not just those that directly emit CO2 into the atmosphere. For example, a hypothetical IT company that at first glance has nothing to do with air pollution, uses cars and aircraft, consumes electricity that uses non-renewable sources, and purchases products that emit carbon dioxide emissions. All this makes the fight against the carbon footprint an important task for top management.

Walmart announced its intention to become carbon neutral by 2040 and is already actively working with its suppliers to eliminate its carbon footprint from its supply chains in the coming years. Maersk, the largest sea freight carrier, will start operating carbon-neutral container ships in 2023. Allianz announced its intention to stop insuring power plants that continue to burn coal.

SAP managed to reduce carbon dioxide emissions into the atmosphere by 43% – this is 135 kilotons instead of the planned 238 (in 2019, for comparison, their volume was 300 kilotons). By 2023, two years earlier than planned, the company will completely get rid of its carbon footprint in its work.

Reducing Carbon Footprint As A User

Although internet data is invisible, it is processed and stored in huge data centers around the world. These hubs are open 24 hours a day, 7 days a week, just waiting to send information – videos, podcasts, music, news, memes, messages, and anything you can find online – to our digital devices. All this data that is available to us at any given time, as well as our habit of always being connected, ultimately increases our digital carbon footprint. Measuring the impact each person has is not easy, but you can take steps to do your part. Here are six things you can do:

Put your computer to sleep or hibernate to save power when you take breaks. Turning off your computer, monitor, and printer when not in use will save even more power.

An energy management expert at Harvard Law School advises reducing monitor brightness from 100% to 70%, which can save up to 20% of the monitor’s power consumption. Also, lowering the brightness will reduce eye strain.

Data tracking services collect mountains of information. Nearly every site you visit shares your data with dozens or even hundreds of companies. Changing the protection level to “Strict” blocks most data transmission and processing operations. This also contributes to lower power consumption, although some sites may not display correctly.

According to at least one researcher, music and video streaming increases your digital carbon footprint. By choosing to download files instead of streaming them, you will receive data from the server only once.

Video playback requires more power, so why not auto-play videos you might not even want to watch?

Yes, there is no error here. Instead of looking at your phone every time you have a free moment, daydream, watch others, and enjoy what’s going on around you. You will not only do a good deed for the environment (however small), but also for your brain. Your small contribution today can lead to big changes.

Remember, we share the same planet, and it comes to us to care about its future. 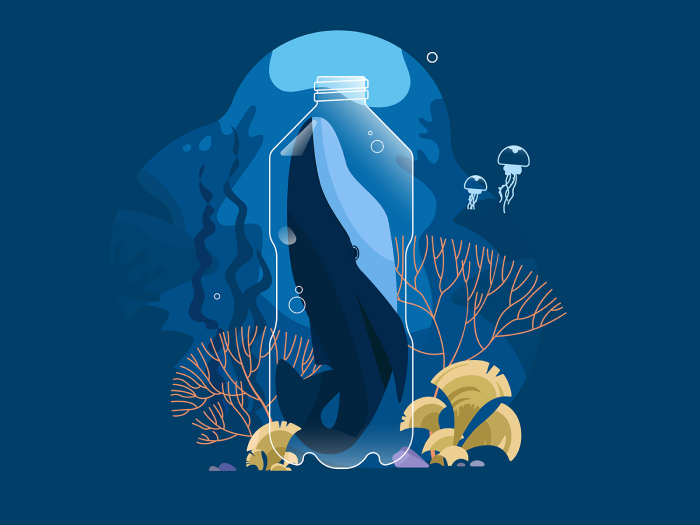